Recently, I’ve been trying to invite Elon Musk to Berkeley using unconventional means. I would like him to have a public conversation with my colleagues (and Nobel Prize laureates) George Smoot and Saul Perlmutter. It didn’t work, but I’ve gotten some pretty cool pictures ! 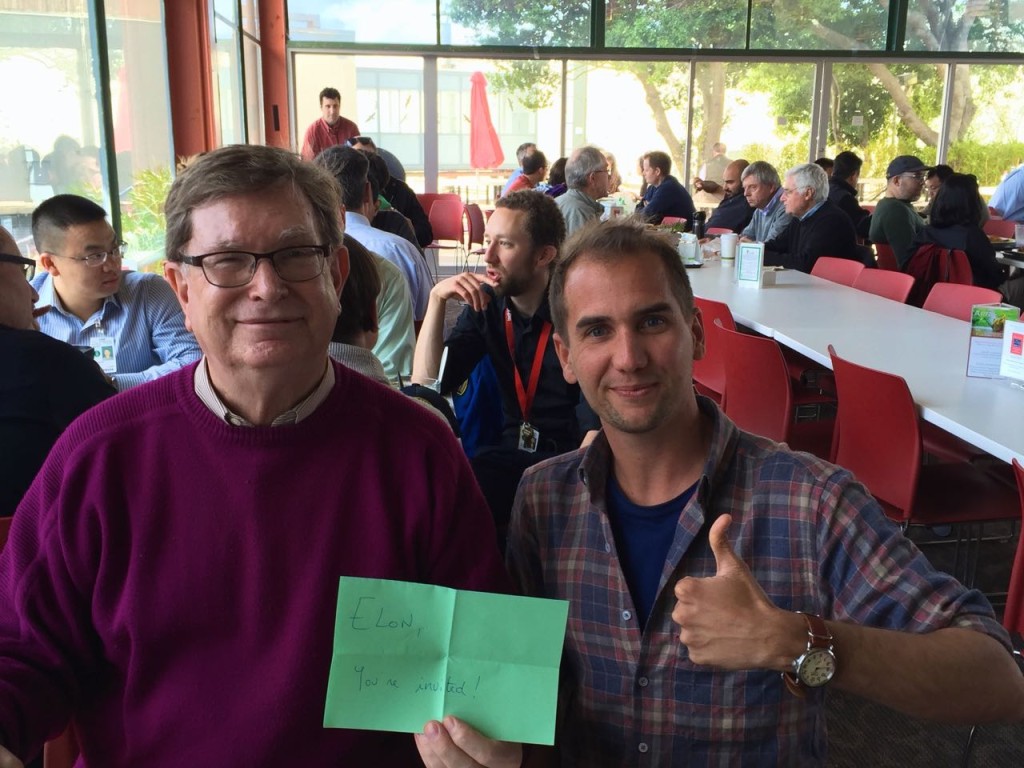 George Smoot handing out an invitation to Elon Musk

The day New Horizons sent its first images of Pluto, I called a vote on whether Pluto is a Planet or Not A Planet. It turns out that Saul had spent the whole afternoon in the conference room next to my office, so when he was done, I asked him if he could answer that very important question– and he answered positively !

Perlmutter is positive : Pluto is a planet

He clearly has some authority, so I believe the question is now settled:)