Travelling along a timezone

Recently, following the logic of the wonderful what-if.xkcd I asked myself this very interesting question :

Considering that when I leave Paris at 12am and land in St. Maarten at 3pm the same day, where in the world can you land at the same hour you took off if  you were following the longitude ?

The answer is pretty straightforward : considering that a plane has  speed of 1000km/h and that the angular speed of the earth is 261mrad/h (360°/24h, or 1650km/h at the equator), considering that the altitude is negligible compared to the diameter of the Earth and having a cosθ correction for the latitude, the corresponding latitude is 52.7°, which is the latitude of Warsaw, Berlin, Amsterdam or Edmonton (Canada).

Of course, that would be very easy to check… the problem is that there are not a lot of direct of flights between Berlin and Edmonton. And since there is no time difference between these European cities, the times flies during the flight. However, if we take Amsterdam and Vancouver, we can compare the result (there is a 9h time difference between the two cities which are approximately on the same latitude) and validate our approximations :

Would that mean that if you fly at a higher latitude, you can actually go back in time ?That’s a good occasion to recall the famous excerpt from Michel Audiard’s “The Pacha”

When idiot will be send into orbit, you won’t stop turning around.

These calculations are of coarse very course, and the attentive reader will have noticed that if we release the assumption that we travel along a a latitude, the set of solution is actually a a line with probably a strange shape. But do we really want to compute the geodesic ? ;-)

Another thing I’ve discovered about the sky is that when a laser is shone directed at space, it abruptly stops at some point. 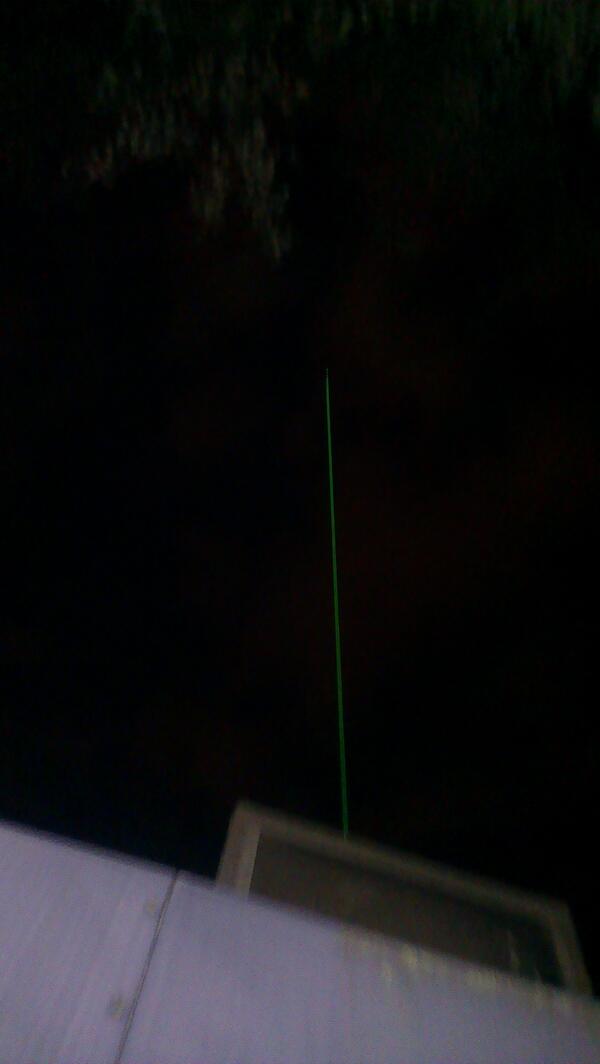 I first thought it was the cause the combined effects of gradual absorption by the atmosphere, distance and divergence, but it turns out that this is due to the fact that past a certain altitude, the atmosphere does not scatter light anymore : there are no more aerosols. This is actually very cool to study aerosols themselves. I’ve also learned in the process the existence of the Atmospheric boundary layer, that is the atmospheric layer that moves along the earth thanks to friction, and somehow explains why there are very strong winds at high altitude (until then, I assumed that the whole atmosphere was spinning at the same speed as the ground, or close)

At higher altitude, the air mass do not move at the same pace at the earth. I was wondering whether if being static (zero wind) at high altitude would allow you to travel with no effort. It’s your turn to answer the question !

Another stupid question that I asked myself was the distance that I have to walk so that the direction of the gravity vector changes by 1μrad :dist = sinθ x earth_radius = 6.4 meters
(equivalently, the gravity vector direction changes at the rate 150nrad/m)I asked myself this question because I was trying to find a way to have a good vertical reference, and I explored the cool domain of gravitometry.
–along the way, I discovered the very interesting zero-length springs or falling atoms technique to measure variations of the gravity field.

To get the direction of the gravity field, they use the basic principle of an inclinometer (the fluo bubble!). The best available have  resolution of 1μrad, hence capable of measuring the sphericity of earth within a room !
The difference between inclinometers is the radius of curvature of the glass where the bubble lies (there’s an obvious trade-off between accuracy and range).May the gravity force be with you ! 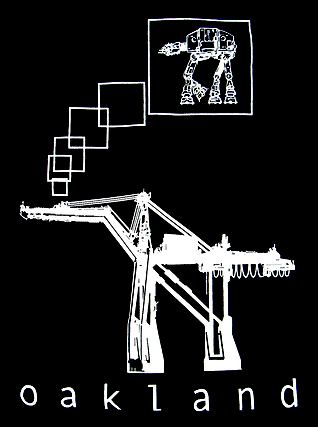