Yesterday, I had the occasion to test the US justice ! 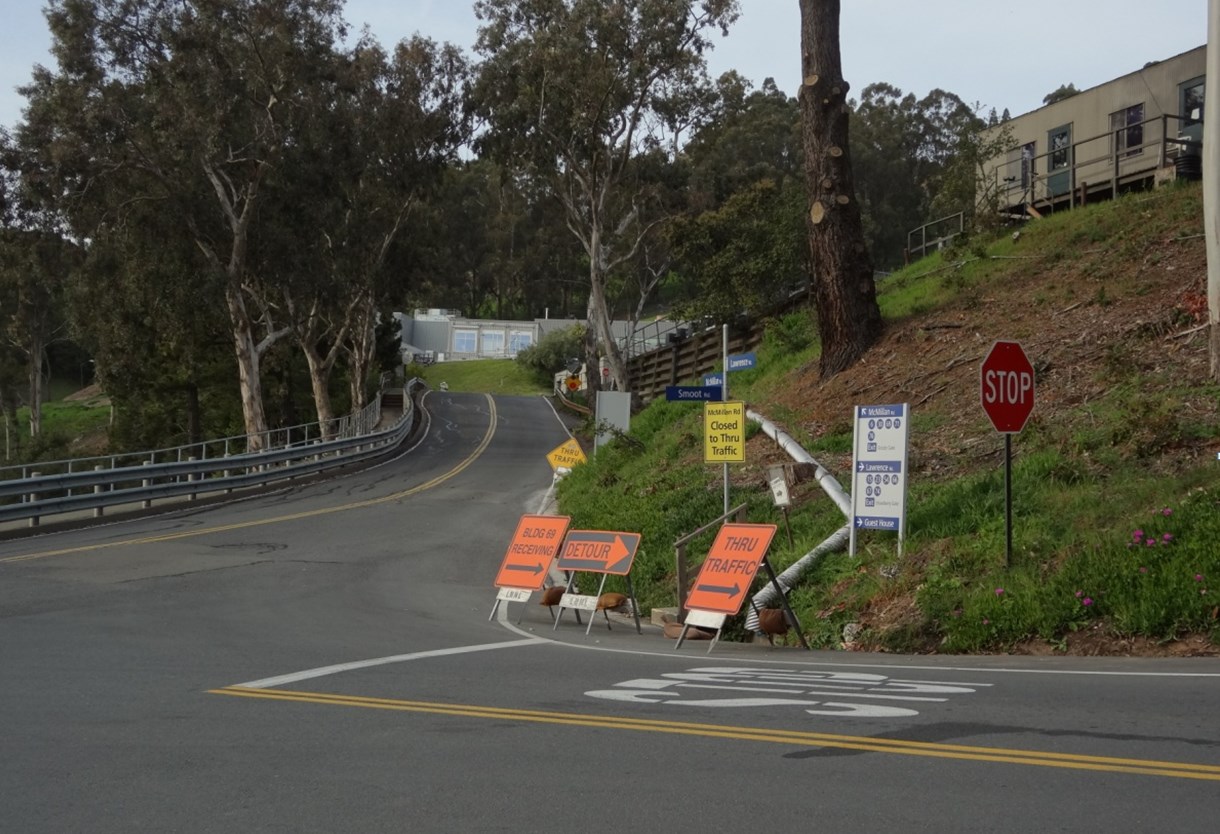 I had to go to the court for a ticket I received about six month ago, on 3.14, for rolling a stop inside Lawrence Berkeley National Labs while I was riding my bicycle. 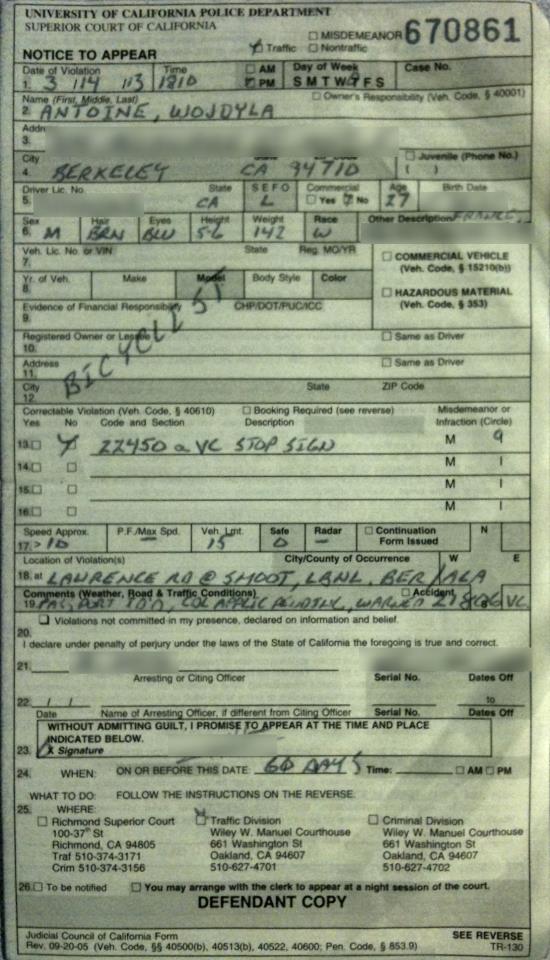 Epic ticket : filed on 3.14 while I was riding my bike, at the crossing of Lawrence and Smoot roads, named after two Nobel prizes ;-)

It happened on March 14th, while I was going back home. I slowed down, since I have to turn, but did not completely stopped, since the right part of the intersection was blocked due to a landslide occurred several months before. A cop was parked in the parking lot just next to the scene. I turned, and went downhill, when I heard a siren. I looked around me just out of curiosity, but couldn’t understand why was that. A second siren, and the proximity to another parking lot made me pull-over, when the cop came to me to give the ticket. I cooperated (you don’t want to mess with these guys), and the cop threatened to give me a worsened ticket (+$1000) for not pulling over after I heard the first siren (which I couldn’t figure out it was aimed at me) -intimidation and blackmail seems to be a common technique in these days. The cop told me I would receive a ticket by mail three weeks after that (you don’t know how much is the fine before you receive the mail).

After a few month, I still hadn’t received the ticket, and I thought the dismissed it, because they had eventually found it was ridiculous– the lab asked the cop to come on-site in order to give tickets so that people drive less carelessly on the steep hills of Berkeley.

Then you have the choice : either you pay, or you ask for a written trial after you submit your arguments, or you go to court. Since I thought it was ridiculous, and because people told me that if the cop do not show up the day of the trial, the case is dismissed. Plus I thought I was not guilty, since it is not required to perform a full stop with a (motor)bike, for obvious balance reason, and not even with a car.

I even though of invoking the 8th amendment, since the ticket was worth three times the net value of my bicycle.

So upon reception of the ticket, I sent a mail to bail my ticket and request a trial (if you receive the ticket, don’t go directly to the court, they will only give you an appointment!).

The appointment was made for a date a month after they received the letter. I went to the court the said day; there were about 30 people for the afternoon sessions, and about half that figure in policemen. I saw the cop who arrested me… ohoh…

The trial happened like that : the cop tells the story from his perspective, then you ask questions to the cop and finally you can give your version of the facts. It tried to make my point (a bike only needs to slow down, and the fact that the stop was useless at that time), but I am now absolutely sure that it was useless : the judge would not contradict a cop (that would create a lot of tension…); his only role is to correct errors if any (if the person didn’t have his papers when he was arrested, and overpaid for that).

Of the 30 people there, half of the cases where dismissed because of the absence of the opposition (no-show from the cop), and all the other defendant lost their cases (including me :( I was the only bicyclist that day…).

Even though the procedure took much longer than expected (6 months; the tickets mention sixty days…), this is not a reason for dismissal.

To pay the fine, you have three options : you can pay it full, you can pay in separate payments, you can choose to go to driving school (+$59, but you lose no points) or you can do community service ($10/h, to do within 60 days). The last option is a form a slavery (30h of work for rolling a stop ?!!), but few people there had to choose this options, since they don’t have enough income. 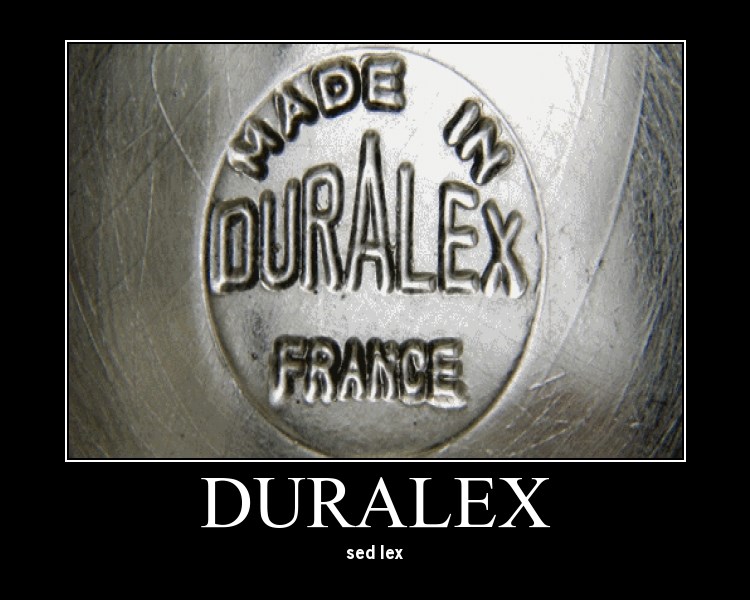 The conclusion are the following :

I first though that it would be worthwhile to discover an US court, but it turns out that  actually burned about $1000 in man-hours…

Still, I now have the best ticket ever !