This year, the recipients of the Nobel Prize were 100% men. That’s at the same sad and scary; sad because, and scary because it seems that things are not changing at the pace they should. 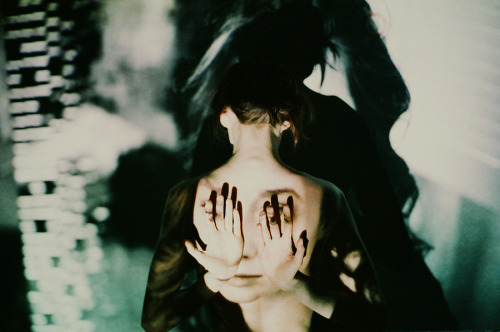 I can’t really add mush thought to the debates, but at least I can recount my experience and tell my stories.In my field (X-ray optics and lithography), this is very discouraging: on the picture below (my former team), only two women held scientist; at the Advanced Lithography conference there is probably less than 10% of the attendees who are not men.

Staff of the Center for X-Ray Optics at Lawrence Berkeley National Laboratory, circa 2016

It’s not that there is inherent sexism at the lab or in the field (on the contrary, everyone is very amenable), but there are many implicit biases that still need to be fought, and a new balance to be found.

When I was a grad student at the Laboratory for Optics and Biosciences, I was the grad student spokeperson. At a retreat, I had to list the grievances from the postdoc. I didn’t have much to say, because the atmosphere at the lab very indeed very good. But I draw the attention on the fact that there was a strong imbalance between genders at the lab (as I recall, there was 7 men and two women.) At first, people laughed at me, joking about the fact that male grad students just wanted to date female grad student. But I started becoming very angry, insisting on the fact that I really meant what I said and that the lab should take action, and consider more balance in their hiring decisions on grad student. And I guess it worked: every single time I see a former colleague of mine, this point comes up. “Oh you know Antoine, there is now an equal number of girls and boys at the lab!”So I went up and looked at the current org chart if what they said was true:

That’s ex-act-ly what gender equality looks like! And I could be more proud of my former lab:)Of course I did nothing on my own, but it’s a good indication that advocacy works.One often given argument for the lack of balance is that there are not enough worthy female candidate — summoning some absurd spirit of meritocracy. The problem is that this perpetuates the imbalance, and that it’s probably plain bonkers. If I take a quick look at the women who graduated from my previous lab since I left, they’re doing pretty good:

This suggest that a good training works equally well on men and women, who can in any case improve themselves as they go, given the right circumstances, and that grad school is key in correcting the imbalance.

Another issue is the biological differences that play against women: the possibility of a pregnancy can be considered a burden for the employer. This is especially true in the US, where often only women get maternal leave, giving an unfair advantage to the male hires, while inherently skewing the roles of parents. I’m glad that the postdoc union at the lab successfully negotiated a parental leave (for both parents), making the sex discrimination regarding parenthood virtually nil.On a different note, I was really amazed to see that the composition of the French parliament went from 25% to 40% women after the last elections. I like to think this is linked with the rejuvenation of European politics… 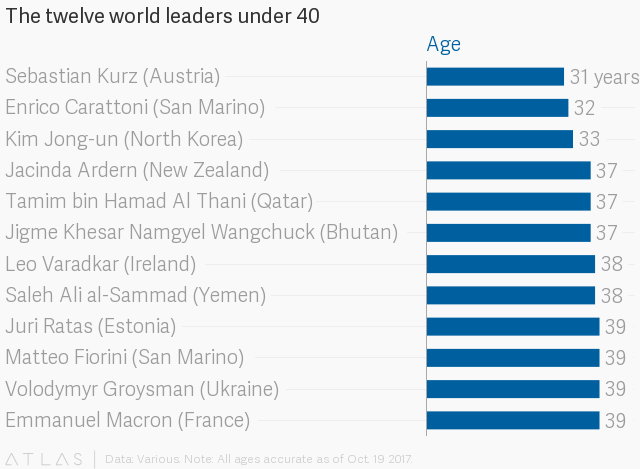 Getting younger, but not necessarily more equal…

edit 01/2019: here a very interesting talk on the subject:
Paul Walton: Gender equal­ity in Aca­demia – what we have learnt 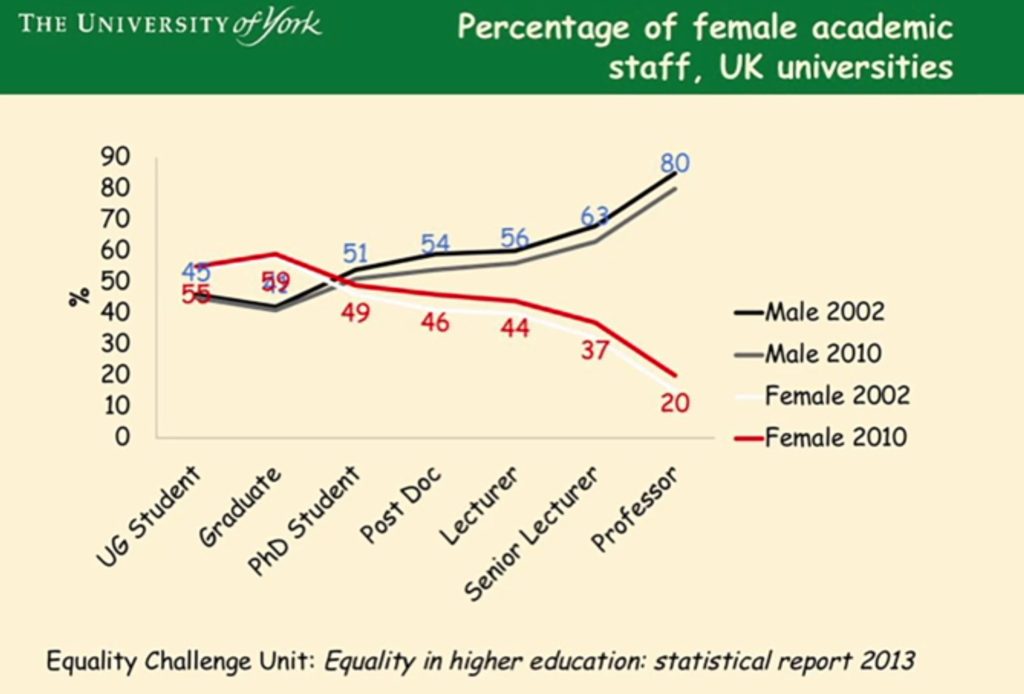