During the five years (already!) I’ve lived in Berkeley, I’ve always be faithful to the East Bay Express (EBX), which stayed strong when the Bay Guardian went down. I have great memories of columns from Anna Pulley, the culture notes from Sarah Burke, and the movie critics from Kelly Vance.

In these years, I’ve collected a cuts from the paper, which I believe capture the atmosphere of the East Bay ca 2015. Here’s a few: 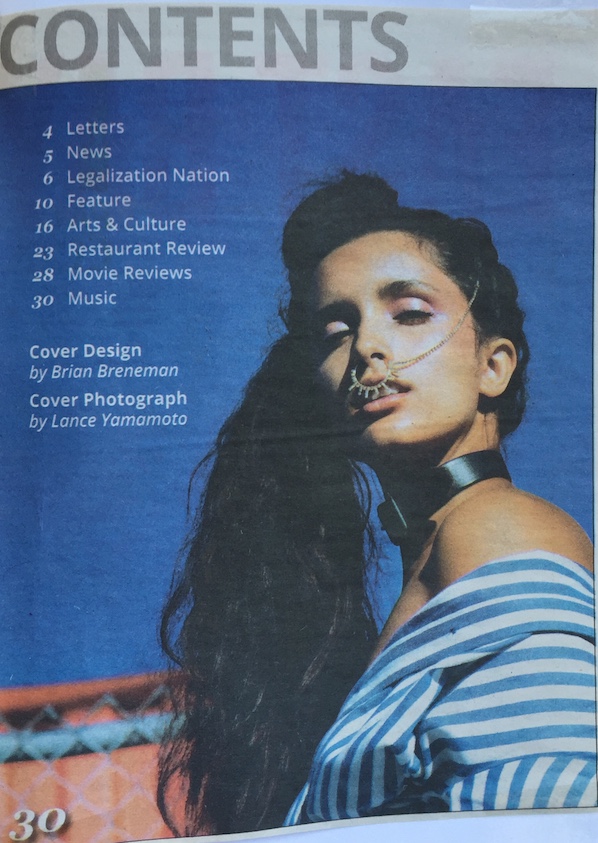 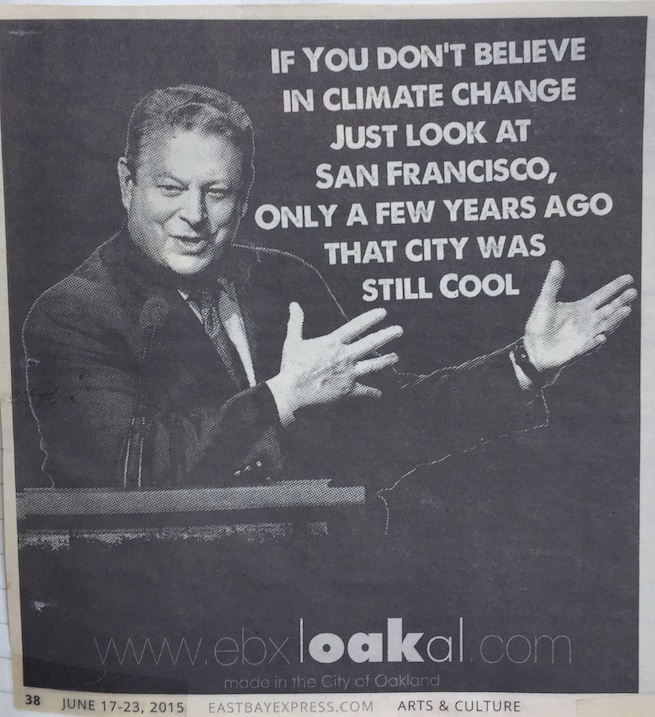 Missouri Lounge is a dive bar in Berkeley on San Pablo avenue, and every single week the run an advertisement. While they are not always original, they’re often pretty interesting. 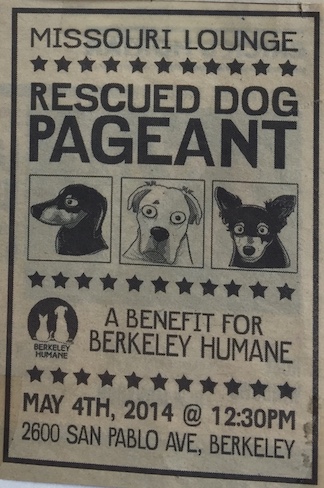 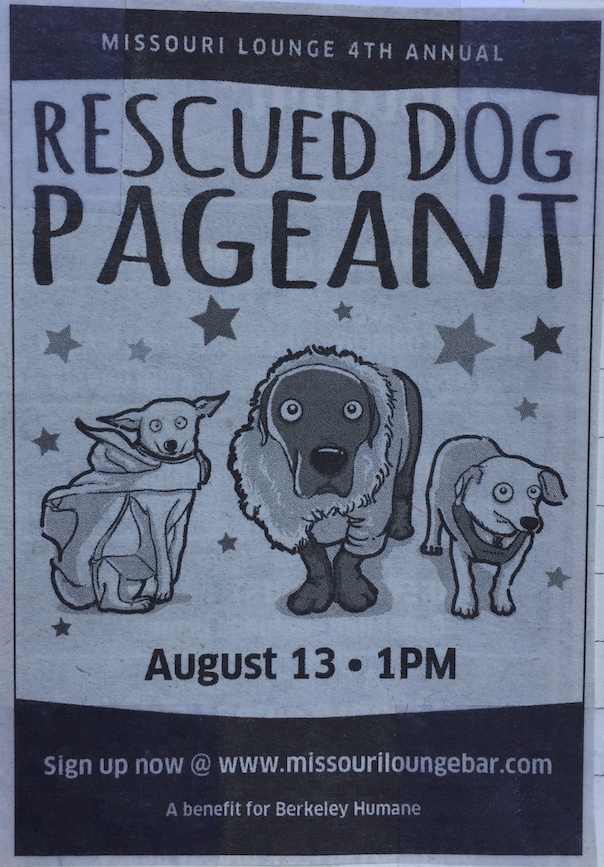 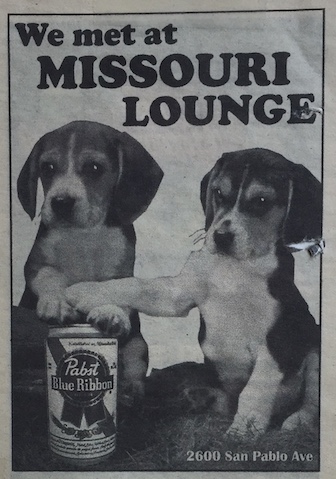 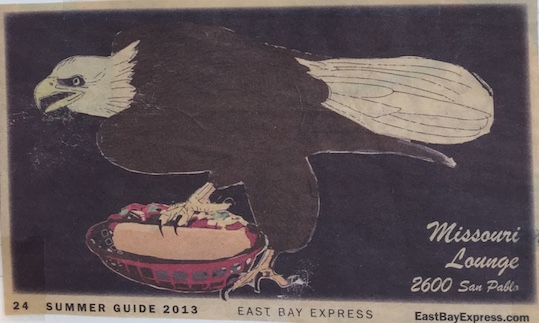 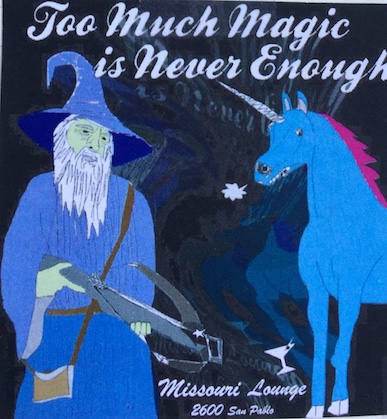 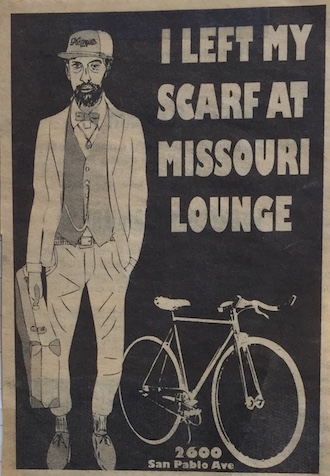 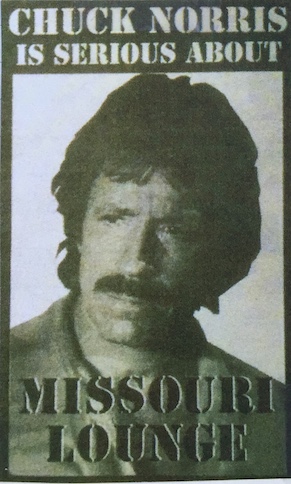 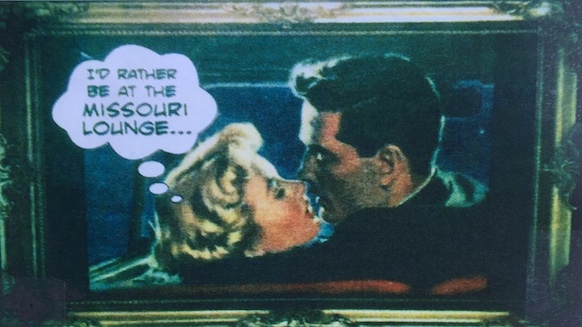 And of course they got punked by their rival, Acme BarBoth bars however are hipster taverns… 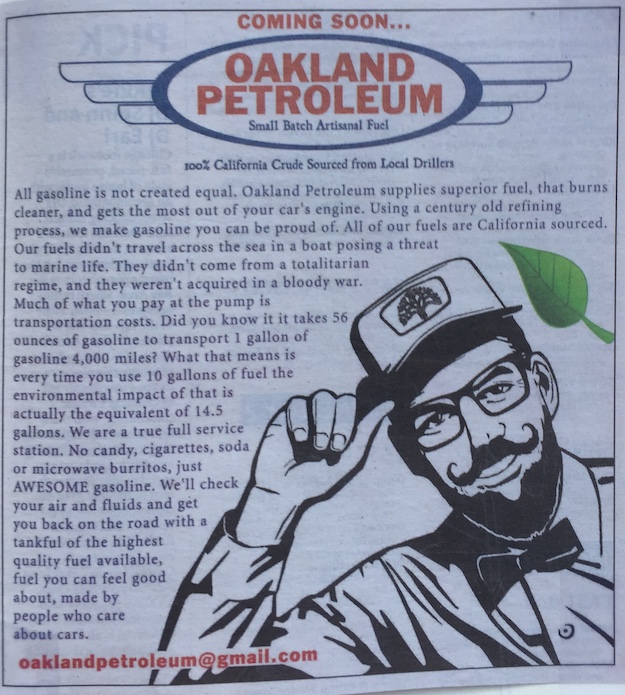 For short period in 2015, there was an apparent lapse in advertisement (maybe owing to the infamous pivot to video), and in the empty space flourished drawings that I found adorable. Here’s the one I found. 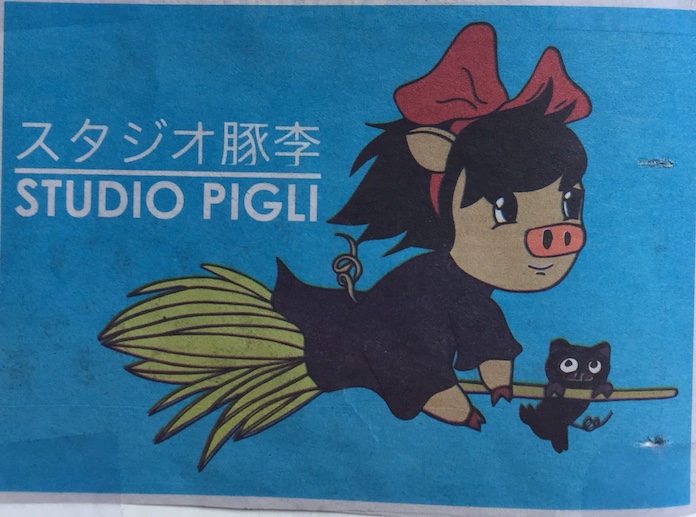 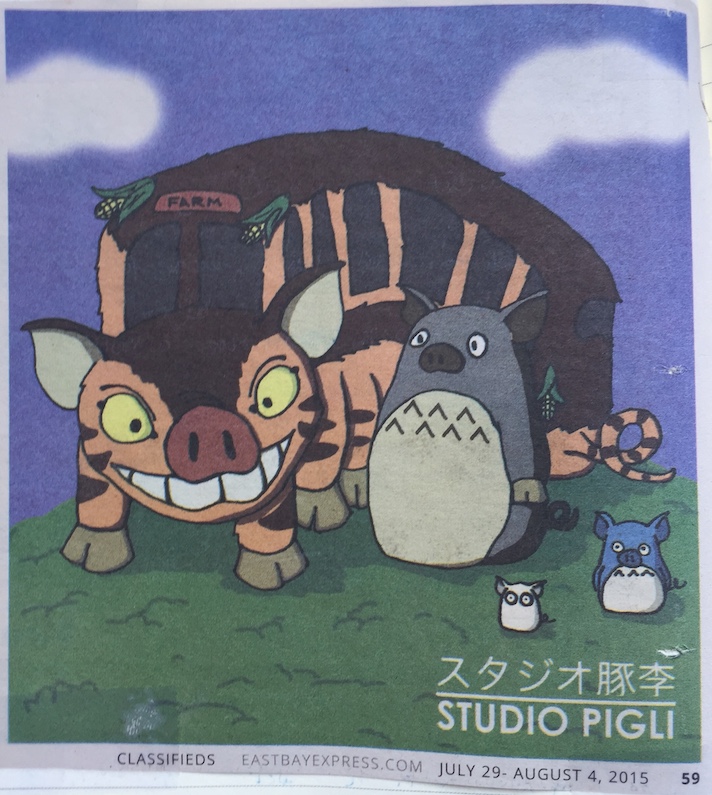 I believe the tram behind these picture is “The Ghost Below”, but I could never tell.

Approximately at the same time, another series of drawings were there, featuring the Avengerbils. 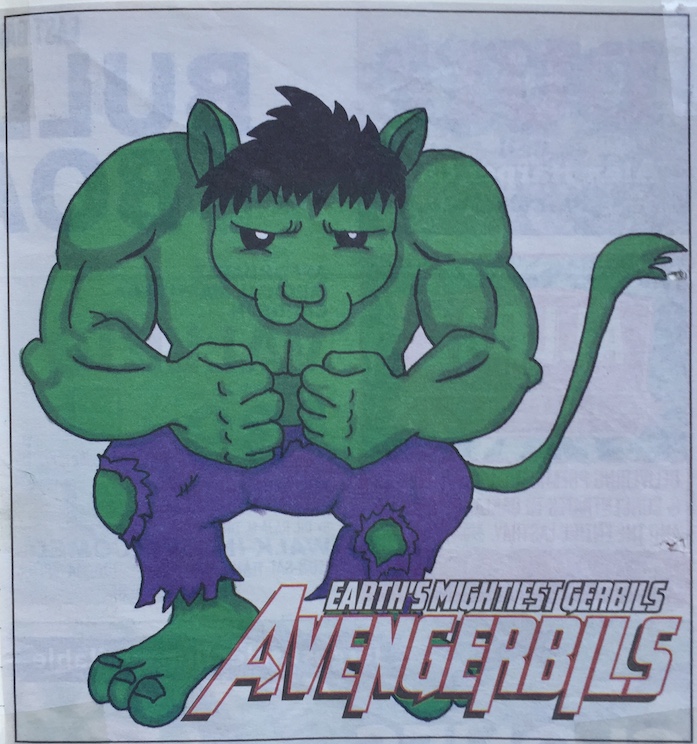 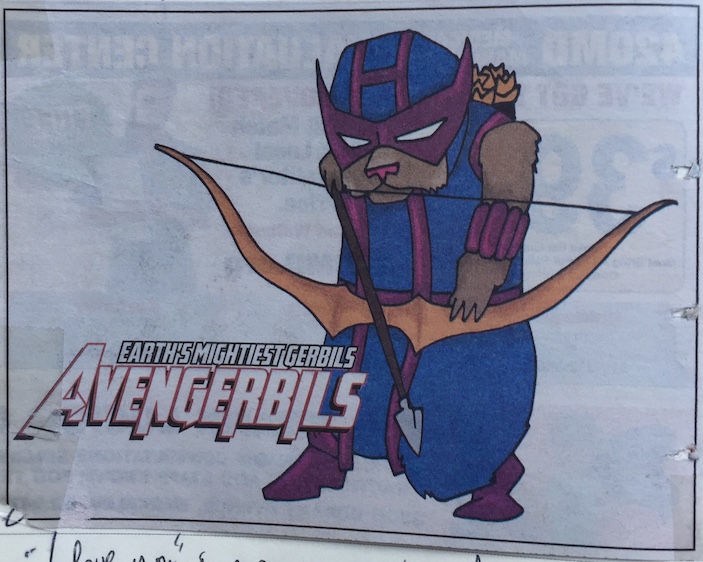 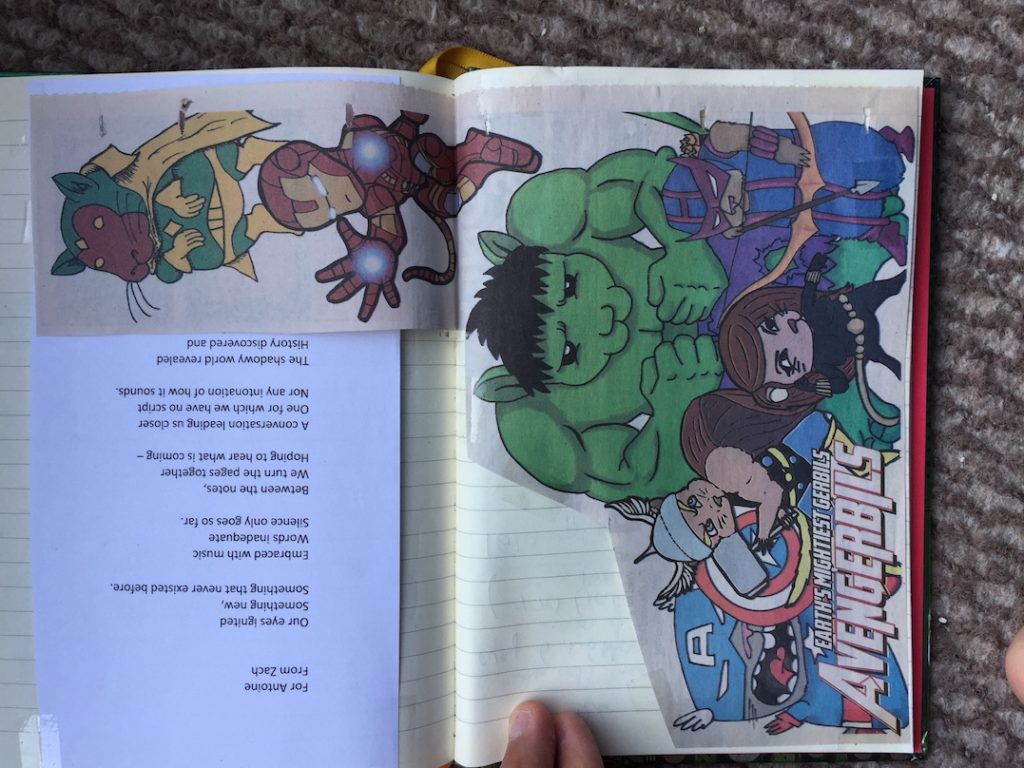 The Bay Area is a hot place for yoga, and it seems that the habit has spread to many other states and country (at least that’s what I saw during my last visit to Europe, from Cambridge to Strasbourg.) 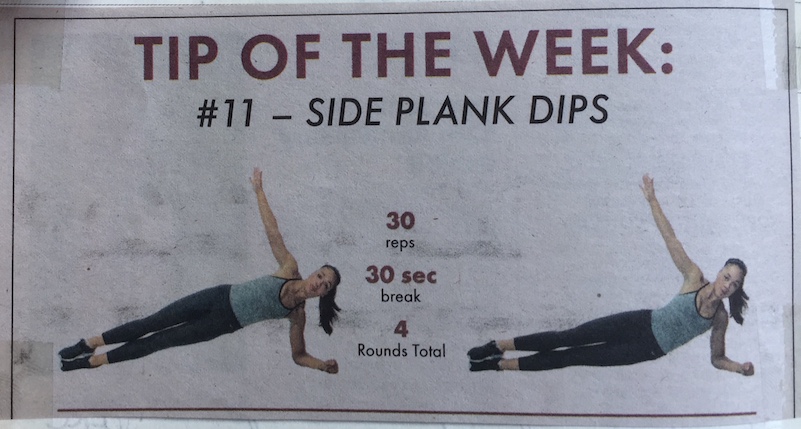 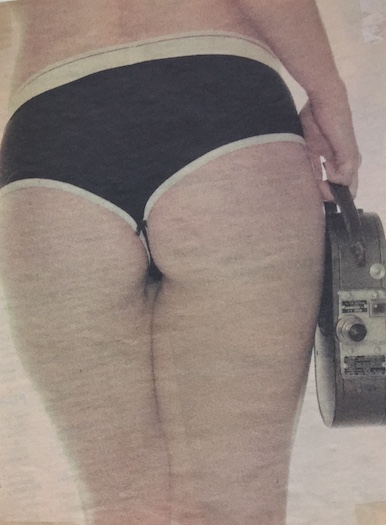 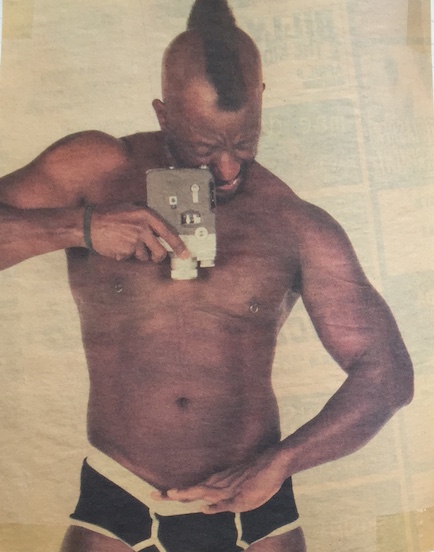 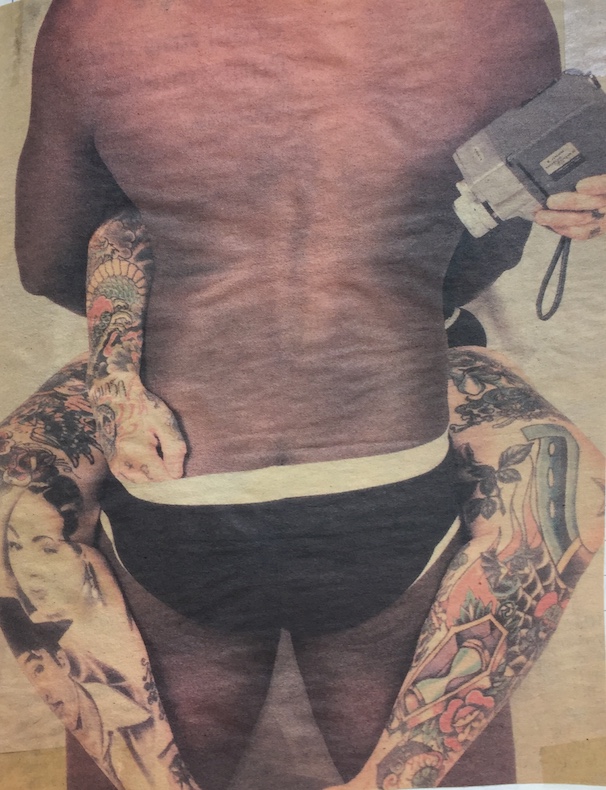 Beyond the ads, the newspaper is always filled with suggestive pictures, which usually serve a specific purpose beyond the first look. It’s hard to give the context here, but the issue of gender, race and orientation is very well covered in the publication. 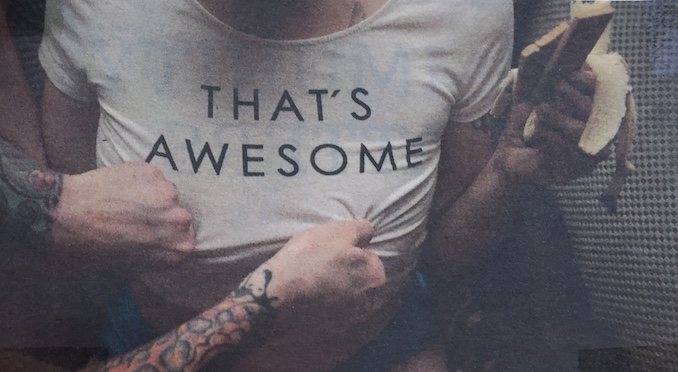 The Bay Area is host to some very strange events, such as the Annual No Pants BART ride. Why not? 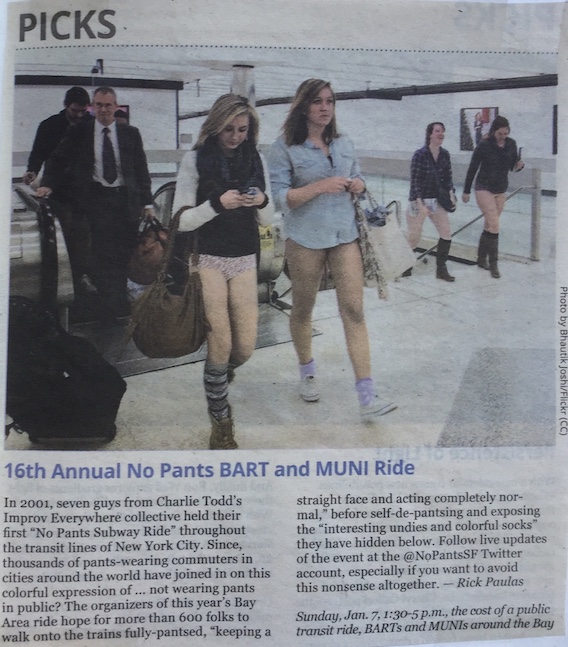 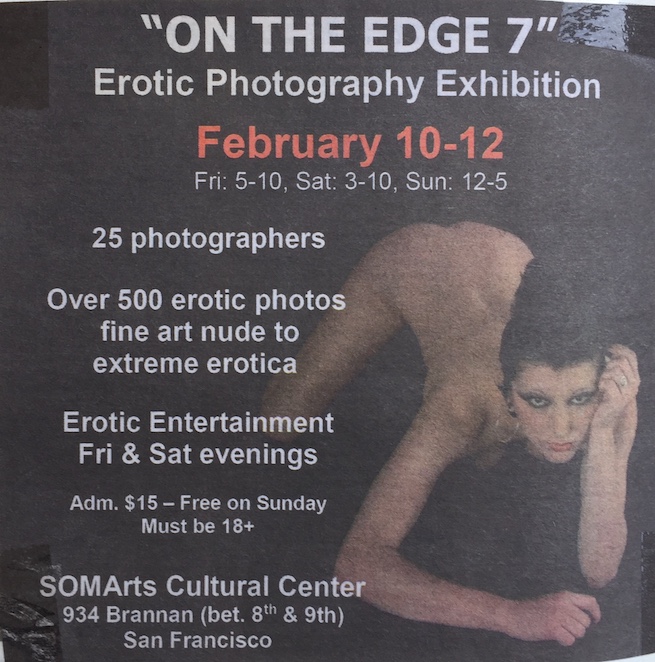 California has spearheaded the use of medical cannabis, before it was legalized for recreational use. The backpage was always filled with Medical doctors for prescription and advertisement for dispensaries. Now, the industry has settled, and the arts are much better in my opinion. Still, I’ll never be a user! 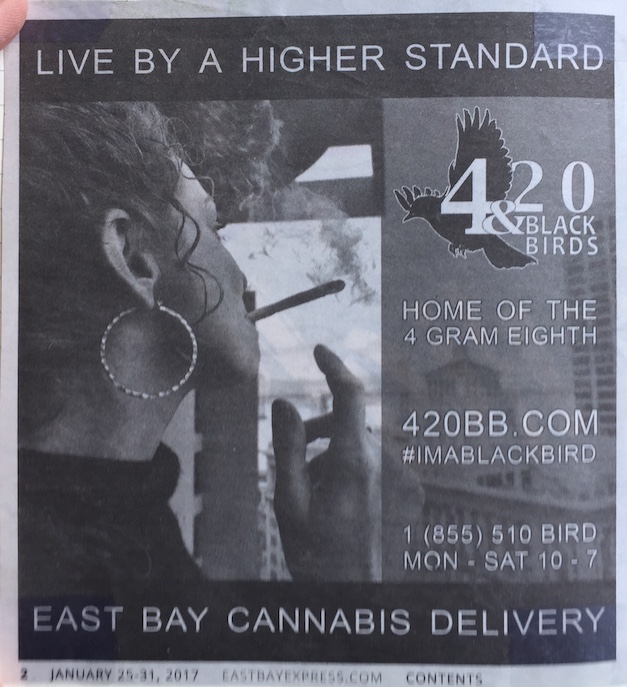 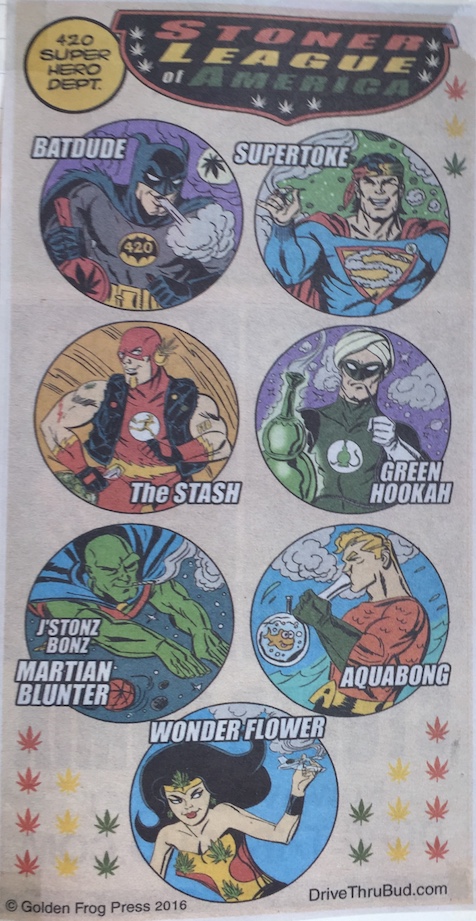 The Looking Glass is a photography shop in Ashby, and last year they ran a series of advertisement with photos from their customers. This was lovely. 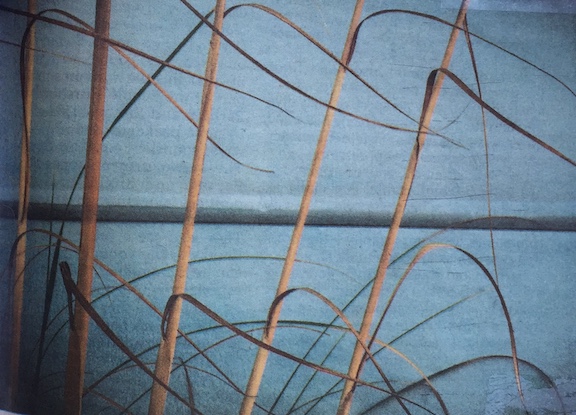 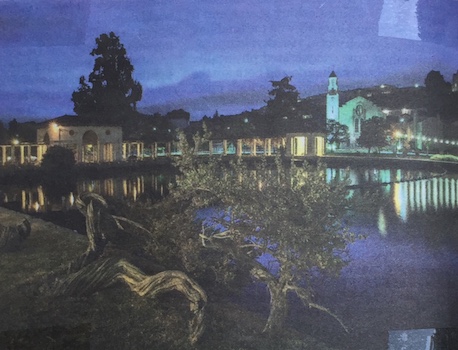 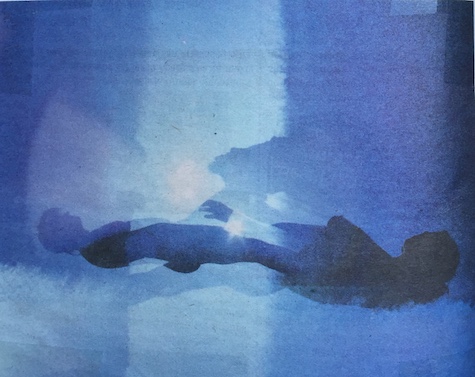