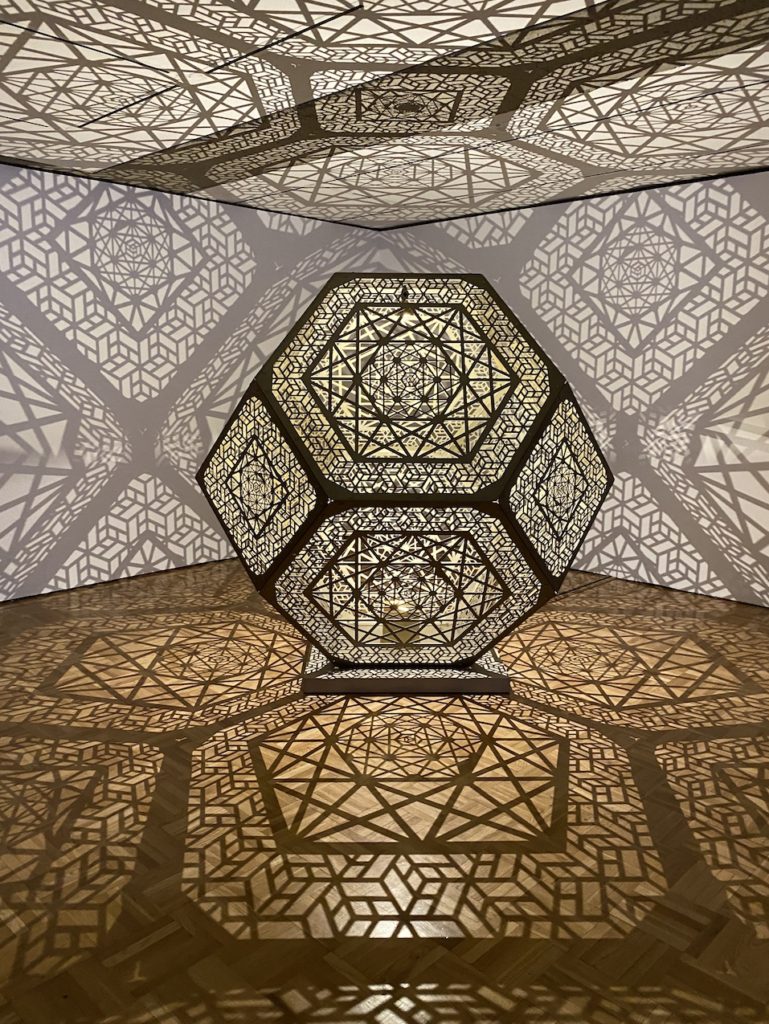 There was recently a very tiny retrospective of Burning Man arts at the Oakland Museum of California, No Spectator: The Art of Burning Man. It didn’t render the scale of the event, but it allowed people to get a sense of what’s happening there, and tell the history of the event.

Among the most fascinating experiences I had was visiting the Temple, where people come and gather, silently, bringing with them memorabilia of things and people they want to forget. The temple, no matter how magnificent it can be, also gets burned at the end of the even (The Temple of Grace by David Best was particularly intricate.) 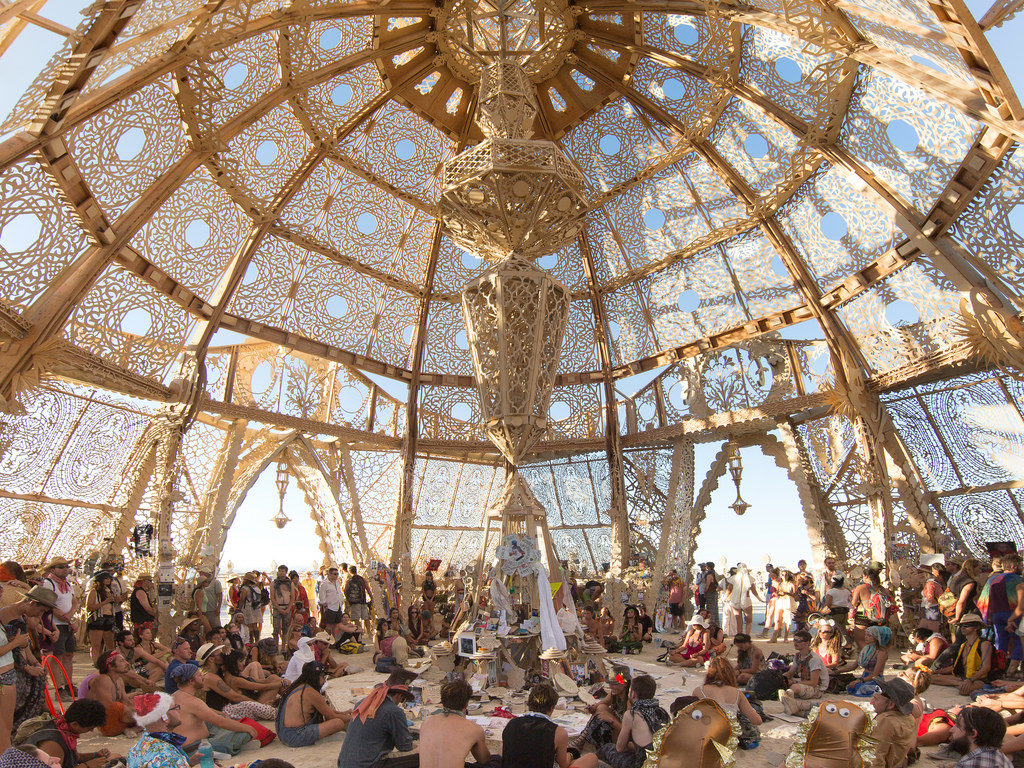 This secular rite is pretty moving, and the atmosphere there is really unique – a blend of joy and sadness.

But could it be that Burning Man inspires religious places around the Bay Area? I was recently at the Cathedral of Christ the Light in Oakland, and I was struck by the common esthetics. 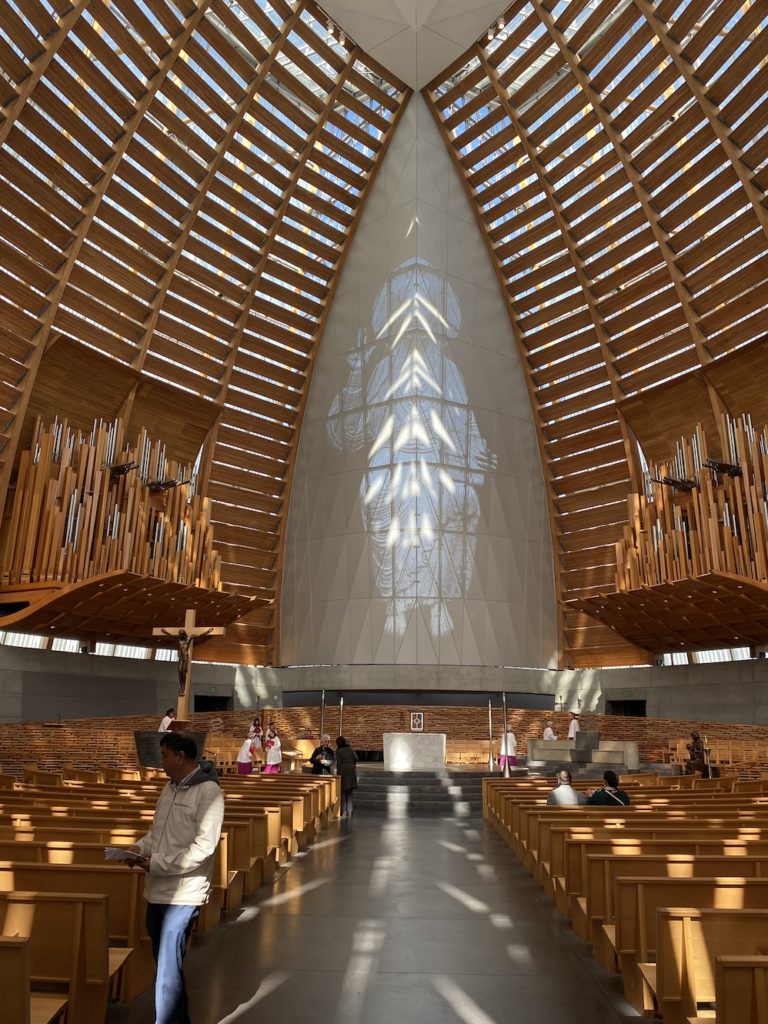 Cathedral of Christ the Light, in Oakland, CA

Tt seems that the resemblance is spurious. Still, the spiritual aspect of Burning Man is a major part of the event – the ten principles of Burning Man are not far from a reshuffling of the ten commandments, and to some extent the commissioning of arts can be compared to how the role of Catholic Church during Renaissance. Maybe someday cathedrals will be converted to acro-yoga studios; some in San Francisco or Amsterdam have already been converted to roller skate rinks and concert venues.

I recently joined an arts group related to Burning Man, the Flaming Lotus Girls, which started making arts based on metal welding and pyrotechnics in 2000. The group is mostly led by women artists, building their arts at the Box Shop in San Francisco. Among the founding members are Pouneh Mortazavi and Charles Gedeken (who also builds arts on his own.)

This year, there will probably not be a full project (the timeline is every 2–3 years), but we were happy to learn that the project for a temple selected this year will be built by Sylvia Lisse, who has been associated with Flaming Lotus Girls.

Other outdoor art in California

There’s a lot of art in California, and it’s best when outdoor.

For artists who have interest in arts and science, there’s the Djerassi Resident Artist Program, where artist get to frolic in the hills near Santa Cruz and let their mind roam free on any kind of medium (a little South, they may go to Esalen if they need to get further inspiration.)Every two years there’s DesertX in the Coachella Valley, near Palm Springs (next one around March 2021.) 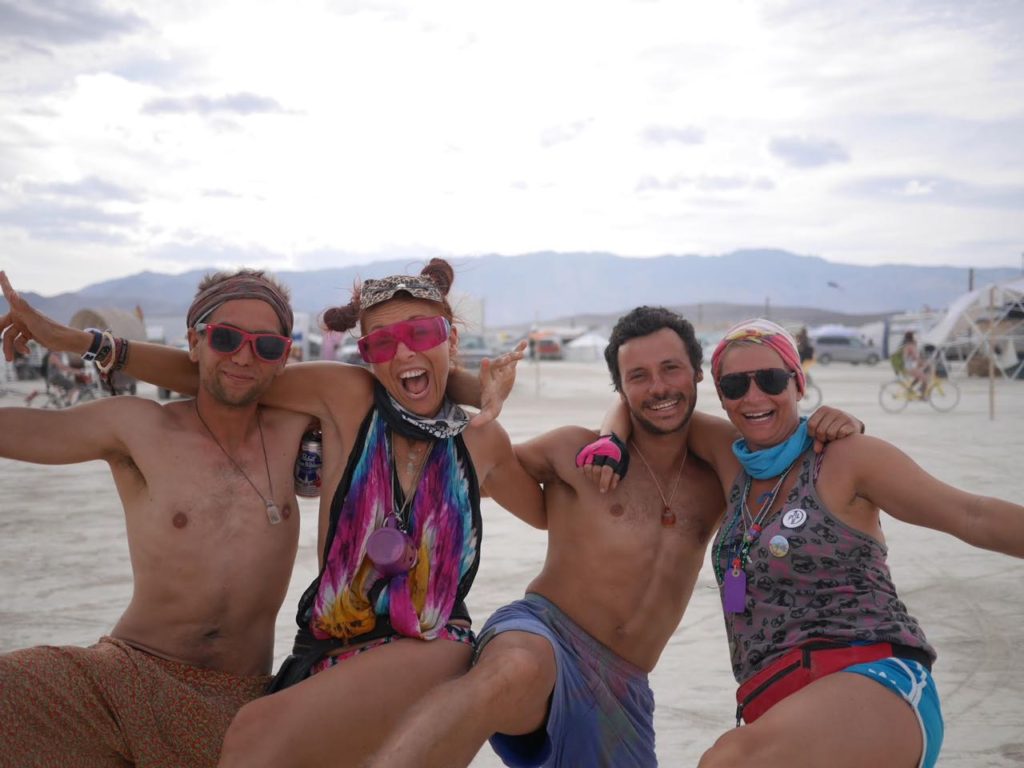