In France, the Ecole Normale Supérieure (ENS) is a legendary institution, from which the vast majority of Nobel prize laureates emanates from. There are about 50 students admitted per section per year, making it much more selective than its international counterparts.

It sits in the very center of Paris, and the atmosphere within its wall is almost monastic. I spent a many nights of great intellectual excitement within its wall, visiting friends while in Paris.Yet, this jewel of French educations seems deeply flawed – and because of the current pandemic situation, the crack shows through. Whereas in normal times, only 40% of graduates are women, this number jumps to 80% when the oral exam is removed. 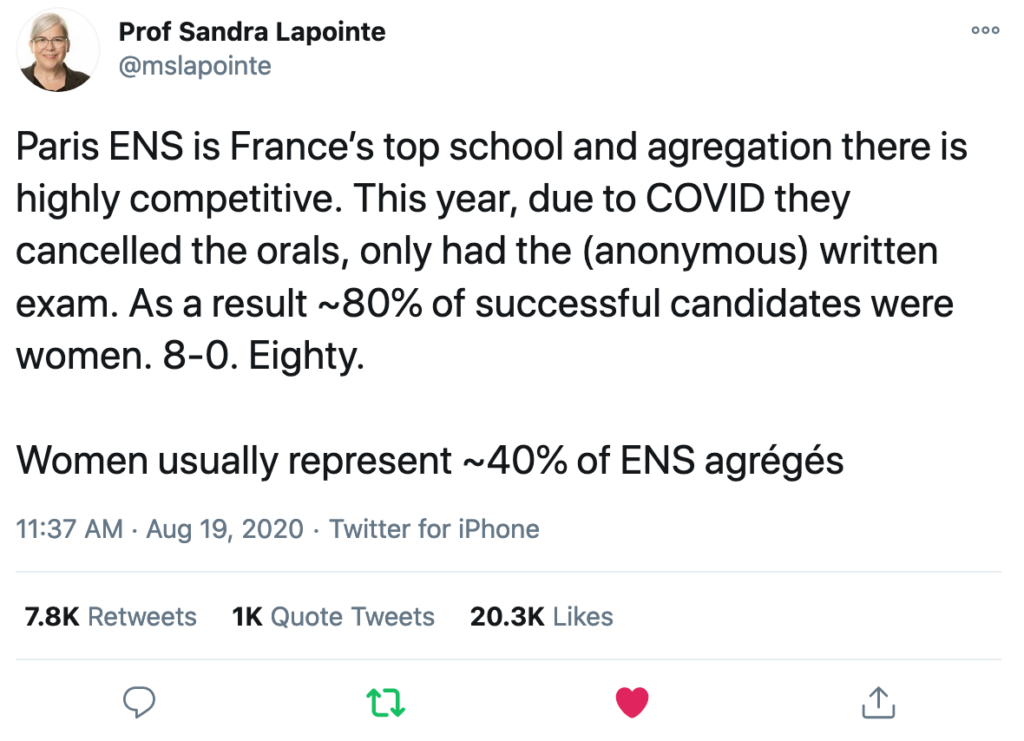 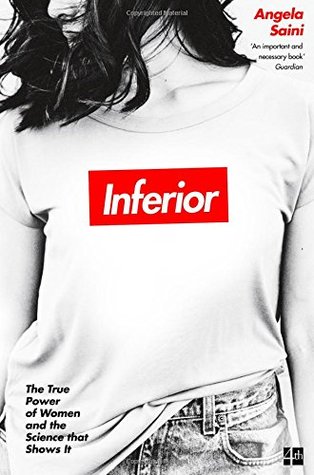 This potentially shows how extreme the (unconscious) bias can be in such institutions.Recently, I listened to a series of podcast where graduates from ENS who became Nobel prize laureates talked about their own trajectory. I was shocked to learn that three of them, Alfred Kastler, Claude Cohen-Tannoudji and Serge Haroche had been teachers and students of each other. Set aside the own scientific merits of these scientists (and they are numerous!), this looks a lot like nepotism, and perhaps filiation is not needed for excellence.The same point apply to the other famous French institution, the Ecole Polytechnique. I recall having lunch one day with the former dean of research, for whom the only worthy scientists were the so-called X-Mines, and that person was pretty sure of his fact. I stood arrested.The trouble here is that, from the dozens of students I’ve mentored there, every single one of them came from the same two high-schools in the same zipcode (in fact, over two-thirds of the whole student body come from Paris prep schools.) This is so pervasive that the French write books and songs about the phenomenon, called “The reproduction” (of elites), where meritocracy is used as a tool for subjugation. Oh, and only 20% of the students are women.This in itself wouldn’t be so bad (well…) if French research and industry weren’t so much infiltrated by these elites, who tend to promote their peers among their ranks. While French research is doing relatively well, despite the poor state of funding (maybe it’s only surfing on past grandeur – Emanuelle Charpentier, the latest French Nobel prize laureate, is doing her research in Germany), it seems that innovation is severely lacking, and I would posit it due in part by the very poor diversity of its researchers.Doctors are usually frown upon, since they did not necessarily go to the elite schools and managed to eschew the deep social filter of French society by catching up on the fast-track education their peers at the top received from early childhood. Only 3 CEOs of the 40 largest French companies have a PhD, ans as of 2018, the youngest of these companies had been created in 1973!But coming back to the gender disparity problem, it seems France is not ready to tackle the problem yet. A friend of mine, a women from India, studying at Ecole Polytechnique confided to me how she felt ostracized and how she had no outlet to report her situation. There are also numerous stories of student from the countryside who fail to join the social circles in the school and feel very lonely as a result – and seemingly no one to address it. Would you still manage to make it despite all the hurdles… they are not going to save you if you don’t belong.This is very sade… Français, encore un effort si vous voulez être républicains.edit March 25th, 2021:
Here’s an interesting academic article on academia: Socioeconomic Roots of Academic Faculty