We need more matriotism – respect for mother Earth – and less patriotism – the notion that the land belongs to *us*.

A little before the end of year 2020, I saw the fall of Arecibo. The radio-telescope located in the Caribbean Sea, a few hours away by boat from the islands where I grew up, was gone forever. It had seen the same starry skies than I did and went through the same hurricanes. Yet, it is abandonment, in the middle of the rainforest, that got to the end of it. And seeing the receiver falling down could only bring back the painful memories of the Notre-Dame spires in flame. 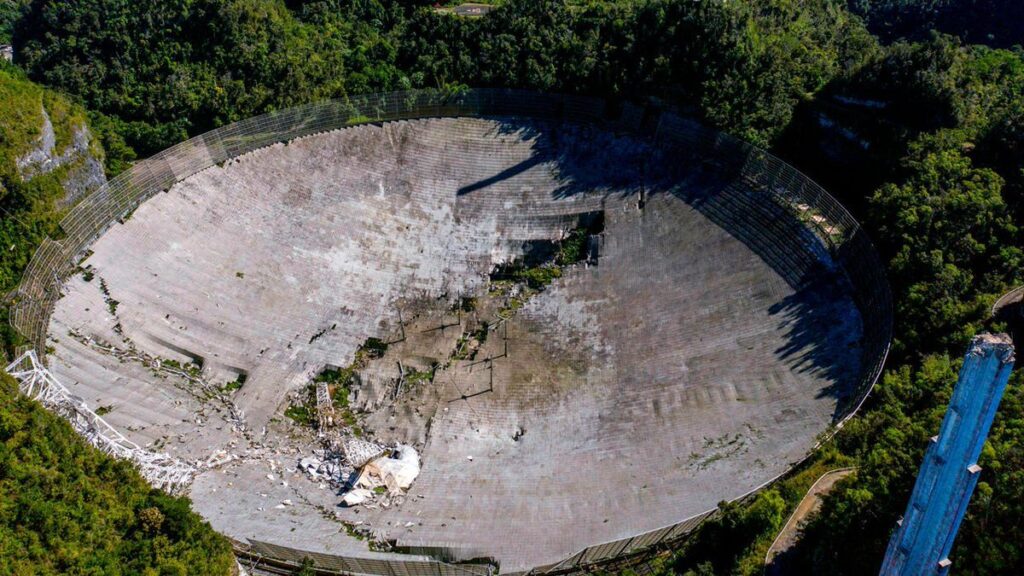 If current large scientific instruments can be compared to modern-day cathedrals, we must however notice that the domes of temples are directed inward, towards the Man who wants to know itself, whereas radio-telescopes are, on the contrary, turned outward, towards space, infinity. Arecibo, like a mother, knows how to receive without deceiving, delivering the secrets of Nature with no need for sermons.