The scourge of sargassum

I am currently on the island of Saint-Martin, in the French West Indies, about 200 miles away from Puerto Rico, because I couldn’t fly back directly from France, which is still under a Travel Ban order from the US. I have two spend at least two weeks so that I can fly back to Berkeley. 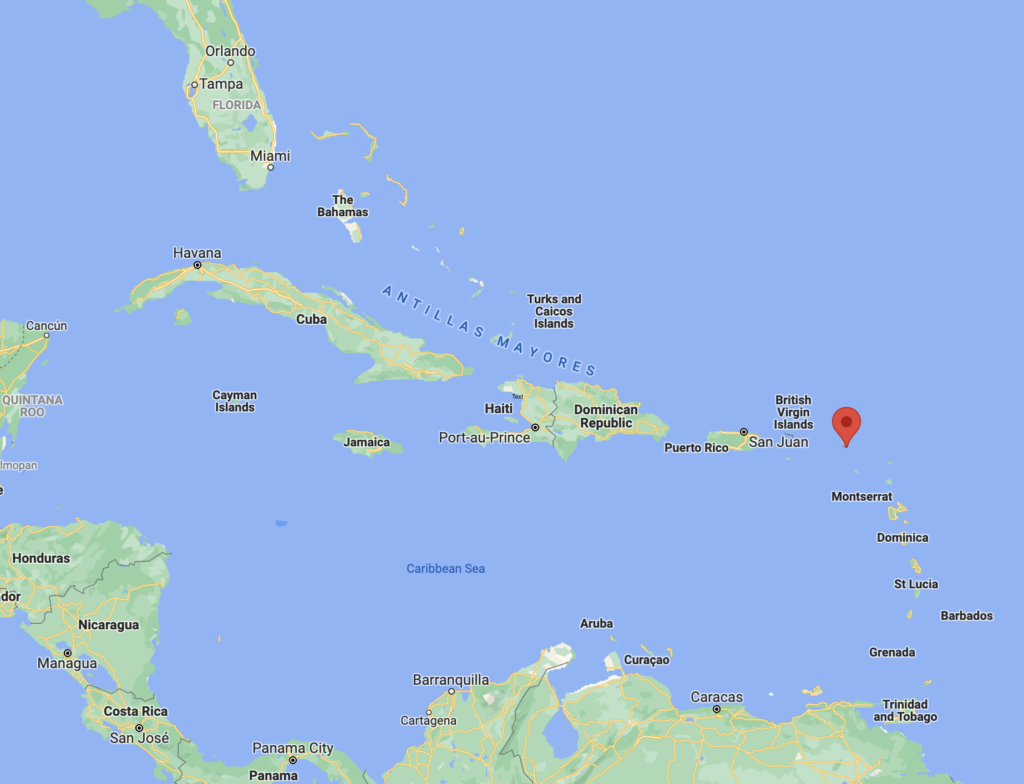 Saint Martin on the map

Walking on beach, it is sad to discover that is littered with sargassum, an invasive algae that barely existed when I was walking my dogs on the beach many years ago. This infestation is quite recent in fact, and somehow started in 2011 (see the excellent piece in The Atlantic by pre-Pulitzer Ed Yong: Why waves of seaweed have been smothering Caribbean beaches.) 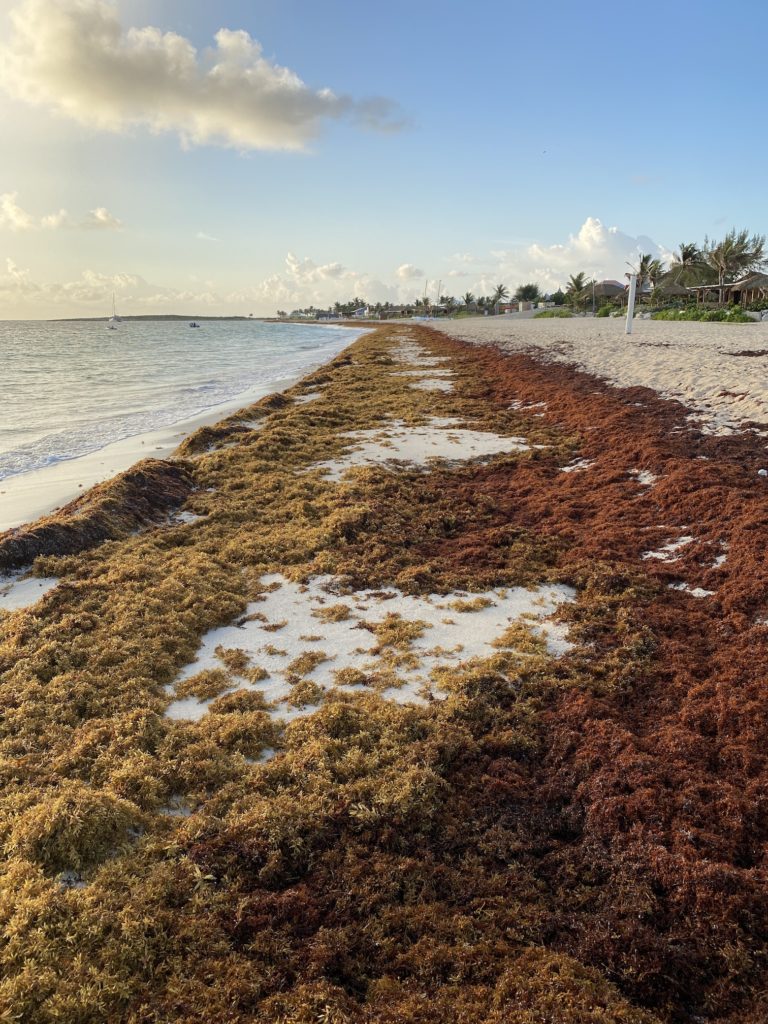 It appears that the bloom may come from the increase in nutrients carried by the Amazon river and making it to the ocean (The great Atlantic Sargassum belt.) Apparently, the problem is becoming more and more acute, and I’ve recently learned that researchers (like my colleagues at Berkeley Lab Lydia Rachbauer) are trying to find enzymes in fish that can actually digest these algae.

Because these algae float in the water, they are effectively a a mix of large floating solar panels, and a potentially a great resource of biofuels, where nothing is needed, since the nutrients are provided for free by farmers from the Amazon river. Apparently, there are companies such as C-combinator who are trying to extract the energy from these algae. I can’t really judge if the economics makes sense (harvesting the algae might be complicated, though they seem very easily visible on satellite images so that might help), but developing adequate techniques for a problem that may blow up seems a good idea. 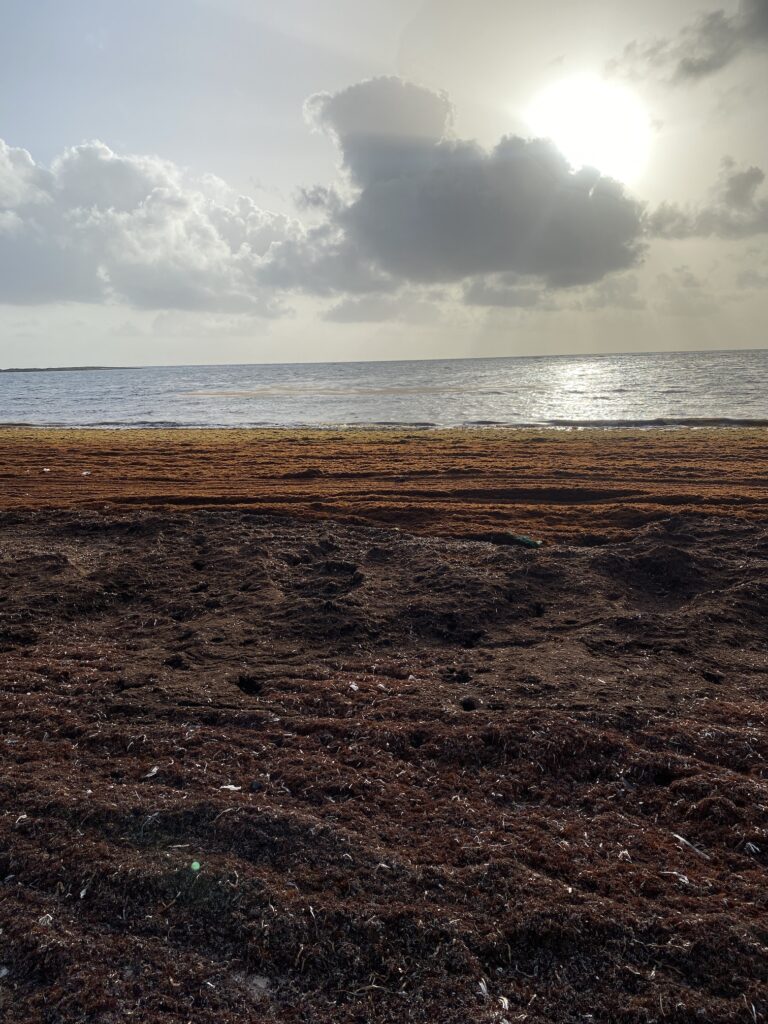 Before the land and the shore, these algae do form patch in the water and it makes it almost impossible to swim or do windsurf. The cost of removing it is staggering, impacting the many restaurants and hotel on that side of the island, where tourism is the main source or revenue. Thankfully, although only the East shore is affected. 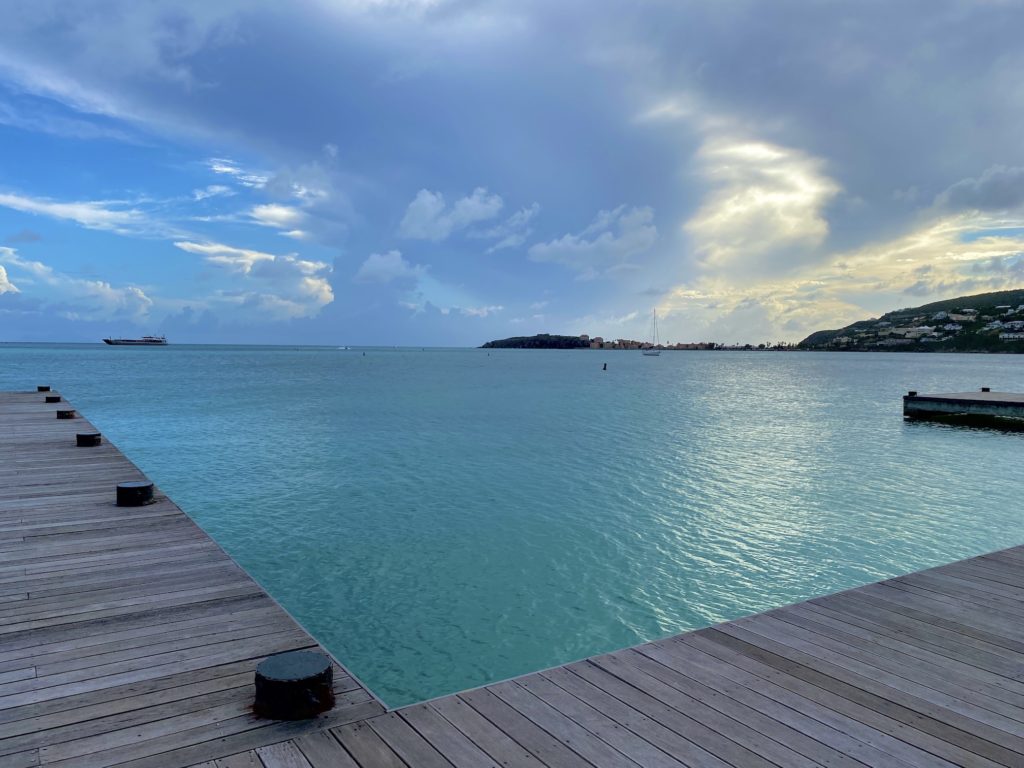 A pier in Philipsburg, on the West/Caribbean side of the island

The tiny island is impacted in many ways by climate change, and things only get worse and worse. 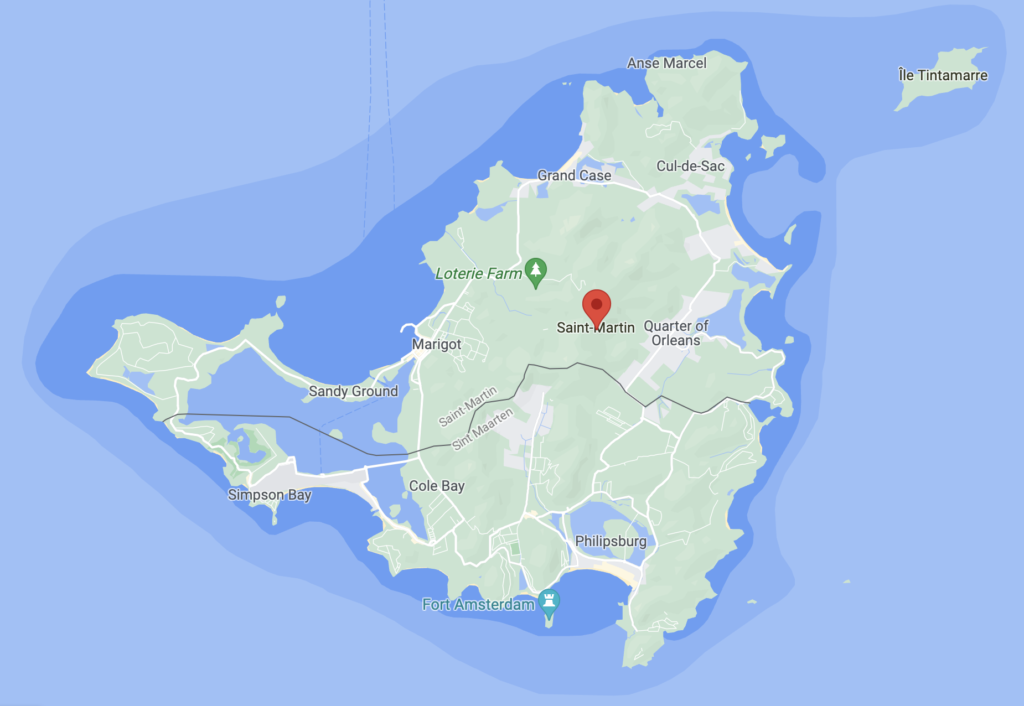 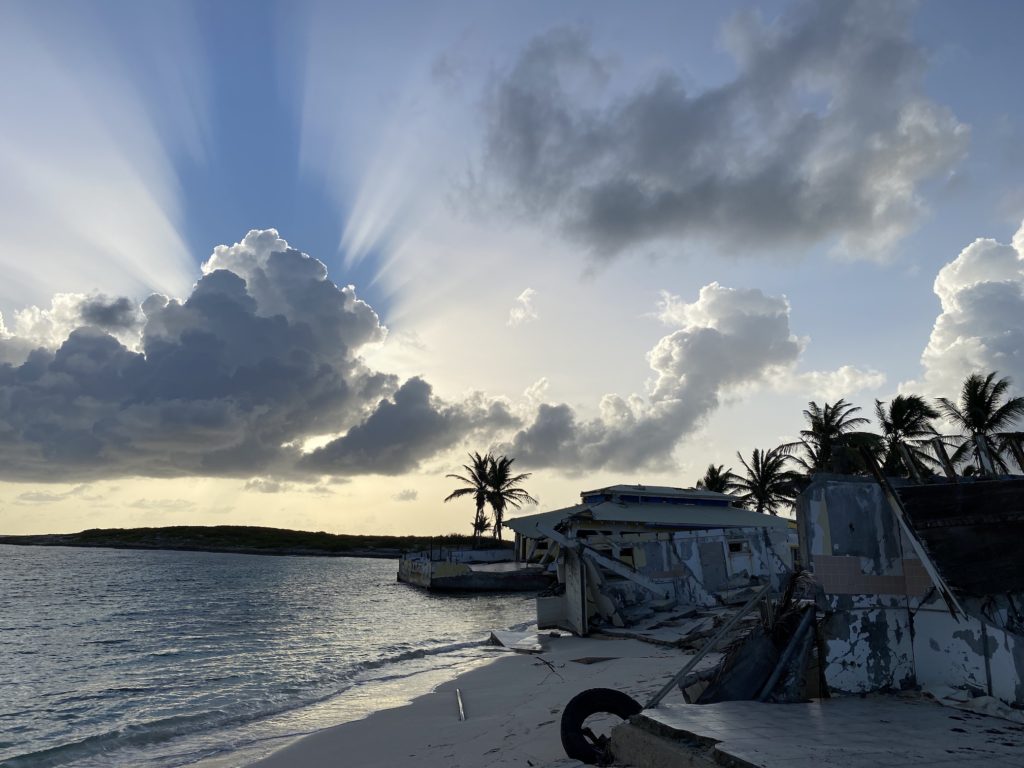 Orient bay near sunset (September 2021), with the ruins of the former Club Orient, destroyed by hurricane Irma in 2017

It is sad that such pretty island can’t get any rest between disasters.