Today, I was lucky enough to go to the screening of “How I Came to Hate Maths” in Berkeley, where I had the occasion to ask Jean-Pierre Bourguigon and Cedric Villani for a drawing.

Here’s what came out of it.First, I asked Cedric for a drawing of a spider in a truck, for he his well known for his work on optimal transport, and because he has the habit of wearing a spider broach. He added his signature, a marsupilami– not bad for a Fields medal recipient !Then, I asked Jean-Pierre to draw me a spectrum, since it is, to me, what relates physics and mathematics the most 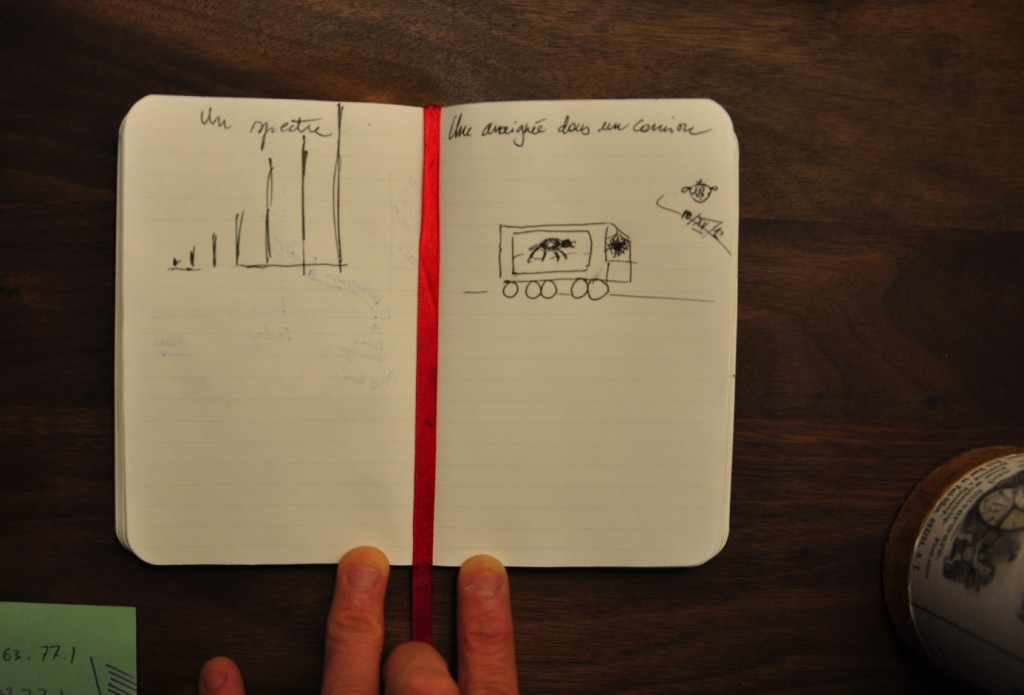 A spectrum, by Jean-Pierre Bourguigon and a spider in a truck by Cedric Villani

The movie itself was rather good, dealing with many of the prejudics people have about maths, without too much complacency.