The other day, I had the chance to stumble on Jennifer Doudna in Stanley Hall… And I asked her for a drawing ! 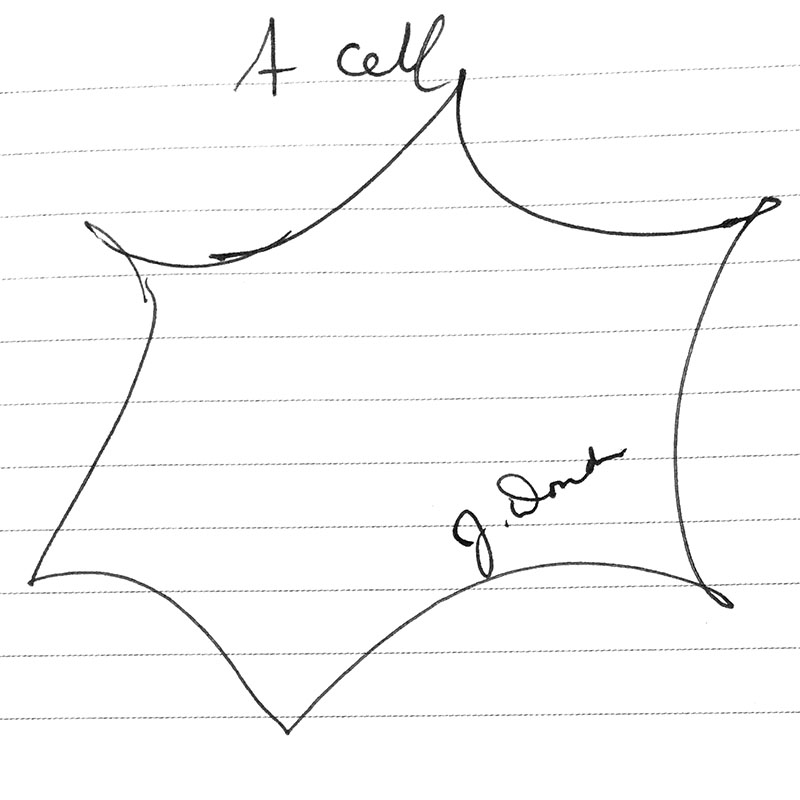 Jennifer Doudna is well-known for her discovery, with her postdoc Martin Jinek and Emmauelle Charpentier, of the CRISPR-Cas9 technology, that allows live gene editing.

It might not seem that crazy, but it’s a total game changer (Radiolab had a good story about it recently). The thing is that until now, to modify the genes, one had to change the germ cell and create a new living being : an already existing being could not have its DNA reprogrammed. But now, you can cure genetic diseases and target specific genes that you would like to change (I don’t know if you can change the colors of your eyes by that process, but who really cares ?)This of course brings a lot of ethical questions that they try to tackle— I can’t help but to  imagine how terrible a biological weapon targeting a population through specific would be.For her work, DouDNA and Charpentier were awarded the Breakthrough Prize in Life Science, a prestigious prize put together by Yuri Milner and others. She will probably be promoted to my Nobel Prize list soon:)edit November 10th :No Nobel Prize this year, but another Breakthrough prize, from optogenetics !
Watch the related Breakthrough Symposium talks
And another piece in the New Yor Times : the CRISPR quandary.