This gradually became my favorite album of the year (other great songs are in there, such as I’m 49.) Now that the virus is crawling and the internet functions at the Terahertz speeds, we’ve gone full circle.

LP arts of “I trawl the megahertz”

Lights at night in Berkeley, with trails following the beats of my heart

After listening to it a few times, I started listening closely to the lyrics, and I found them very poetic. The matched my mood so exactly that I thought this was not possible, and because the name Prefab Sprout was unknown to me and felt so odd, I started fantasizing about how an AI-enabled music algorithm (like Project Magenta) could create music knowing my profile, feed it to Spotify, add art to fit my inclinations and create a fake story on Wikipedia. 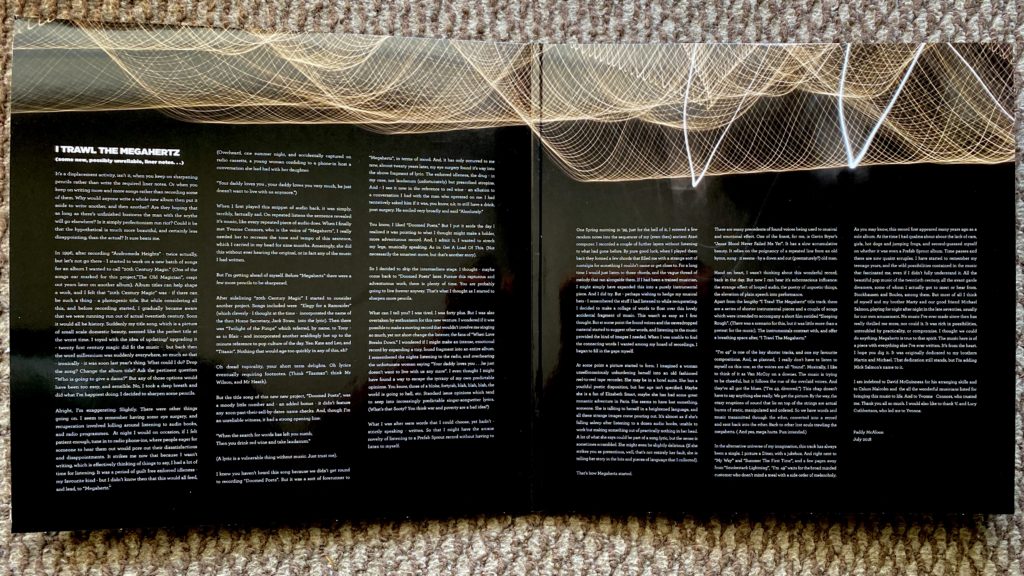 But no, Prefab Sprout is a reputable band from UK, and the story behind the album is true: Paddy McAloon had been through an eye surgery and started listening to conversation on the shortwave radio. People talking to the void, not because they’re alone, but because there’s no one to listen to them:

Only by an extreme act of will can I avoid
Becoming a character in a country song:
‘Lord, y’gave me nothin’, then y’took it all away.’
These are the sorrowful mysteries,
And I have to pay attention.
In a chamber of my heart sits an accountant.
He is frowning and waving red paper at me.
I go to the window for air.
I catch the scent of apples,
I hunger for a taste,
But I can’t see the orchard for the rain.