I recall bumping on him at the cafeteria at Ecole Polytechnique back in the days, and asking him questions which he often dismissed in two sentences…

Incidentally, the last time I went there in December 2019 to visit my friend Franck Delmotte (Director of study at Institute of Optics Graduate School), he was just besides us. 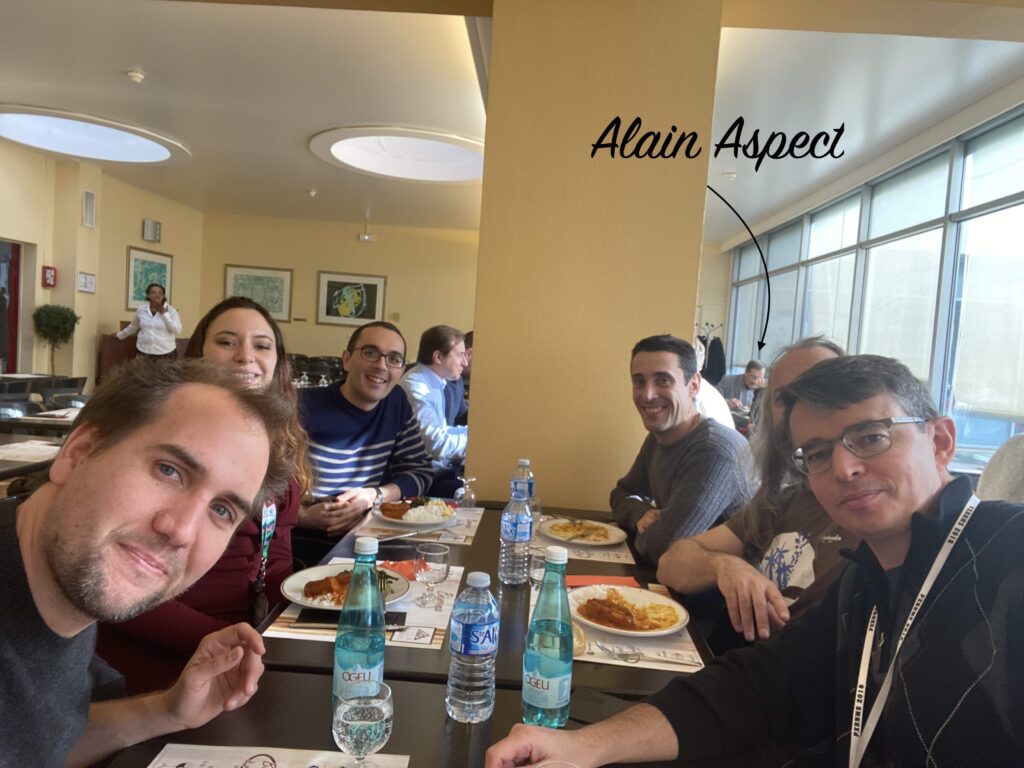 Alain Aspect at the Ecole Polytechnique cafeteria on December 17, 2019