A few words for the solitary lovers, longing for the other, there, distant, imaginary or adversary.
Feelings come in many flavors, and women tell it best.

You’re still a young man/woman.
It’s not too late to learn how to unwind.
Who said
you have to take it on the chin?
Let me have your abyss.
I’ll cushion it with sleep.
You’ll thank me for giving you
four paws to fall on.
Sell me your soul.
There are no other takers.
There is no other devil anymore. 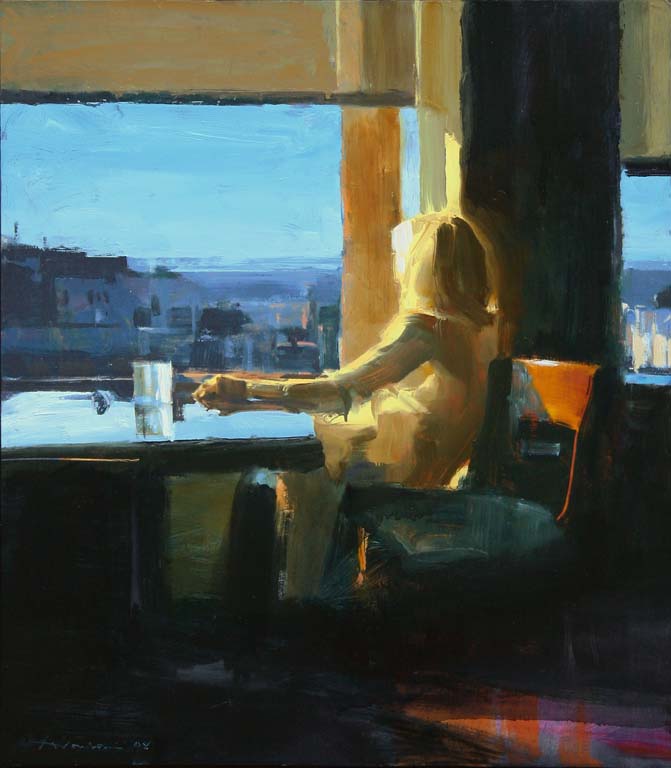 COULD I but ride indefinite,
As doth the meadow-bee,
And visit only where I liked,
And no man visit me,

And flirt all day with buttercups,
And marry whom I may,
And dwell a little everywhere,
Or better, run awayWith no police to follow,
Or chase me if I do,
Till I should jump peninsulas
To get away from you,—I said, but just to be a bee
Upon a raft of air,
And row in nowhere all day long,
And anchor off the bar,—
What liberty! So captives deem
Who tight in dungeons are.Emily Dickinson, CII

Great writers are either husbands or lovers. Some writers supply the solid virtues of a husband: reliability, intelligibility, generosity, decency. There are other writers in whom one prizes the gifts of a lover, gifts of temperament rather than of moral goodness. Notoriously, women tolerate qualities in a lover—moodiness, selfishness, unreliability, brutality—that they would never countenance in a husband, in return for excitement, an infusion of intense feeling. In the same way, readers put up with unintelligibility, obsessiveness, painful truths, lies, bad grammar—if, in compensation, the writer allows them to savor rare emotions and dangerous sensations. And, as in life, so in art both are necessary, husbands and lovers. It’s a great pity when one is forced to choose between them.

Again, as in life, so in art: the lover usually has to take second place. In the great periods of literature, husbands have been more numerous than lovers; in all the great periods of literature, that is, except our own. Perversity is the muse of modern literature. Today the house of fiction is full of mad lovers, gleeful rapists, castrated sons—but very few husbands. The husbands have a bad conscience, they would all like to be lovers. Even so husbandly and solid a writer as Thomas Mann was tormented by an ambivalence toward virtue, and was forever carrying on about it in the guise of a conflict between the bourgeois and the artist. But most modern writers don’t even allow Mann’s problem. Each writer, each literary movement vies with its predecessor in a great display of temperament, obsession, singularity. Modern literature is oversupplied with madmen of genius. No wonder, then, that when an immensely gifted writer, whose talents certainly fall short of genius, arises who boldly assumes the responsibilities of sanity, he should be acclaimed beyond his purely literary merits.I speak of course, of Albert Camus, the ideal husband of contemporary letters. Being a contemporary, he had to traffic in the madmen’s themes: suicide, affectlessness, guilt, absolute terror. But he does so with such an air of reasonableness, mesure, effortlessness, gracious impersonality, as to place him apart from the others. Starting from the premises of a popular nihilism, he moves the reader—solely by the power of his own tranquil voice and tone—to humanist and humanitarian conclusions in no way entailed by his premises. This illogical leaping of the abyss to nihilism is the gift for which readers are grateful to Camus. This is why he evoked feelings or real affection on the part of his readers. Kafka arouses pity and terror, Joyce admiration, Proust and Gide respect, but no modern writer that I can think of, except Camus, has aroused love. His death in 1960 was felt as a personal loss by the whole literate world. […]The Ideal Husband – Susan Sontag

To make a prairie it takes a clover and one bee,
One clover, and a bee.
And revery.
The revery alone will do,
If bees are few.

Emily Dickinson – To make a prairie

Many contortions in the social order, what shall we do?

Mother, you sent me to piano lessons
And praised my arabesques and trills
Although each teacher found my touch
Oddly wooden in spite of scales
And the hours of practicing, my ear
Tone-deaf and yes, unteachable.
I learned, I learned, I learned elsewhere,
From muses unhired by you, dear mother,I woke one day to see you, mother,
Floating above me in bluest air
On a green balloon bright with a million
Flowers and bluebirds that never were
Never, never, found anywhere.
But the little planet bobbed away
Like a soap-bubble as you called: Come here!
And I faced my traveling companions.Day now, night now, at head, side, feet,
They stand their vigil in gowns of stone,
Faces blank as the day I was born,
Their shadows long in the setting sun
That never brightens or goes down.
And this is the kingdom you bore me to,
Mother, mother. But no frown of mine
Will betray the company I keep.Sylvia Plath – The Disquieting Muses

The valley spirit never dies.
Call it mystery, the woman

The mystery, the Door of the Woman
is the root of heaven and earthForever this endures, forever
And all its uses are easyUrsula Le Guin – What is complete

Whatever you do, don’t let go

Their hearts grew cold
They let their wings down