EUV lithography is now part of everything – including the chips in your iPhone 12 and beyond. I don’t know if it’s because of the chip shortage, the $50B investment of the US government in semiconductor manufacturing, or the realization that having a nearly monopolistic market with its biggest player in Taiwan, at the mercy of an invasion, but there’s a lot of press on EUV lithography right now (I’ve been talking about my work on the topic at Berkeley Lab here: SHARP and MET5, and shared some thoughts on Moore’s law here.) 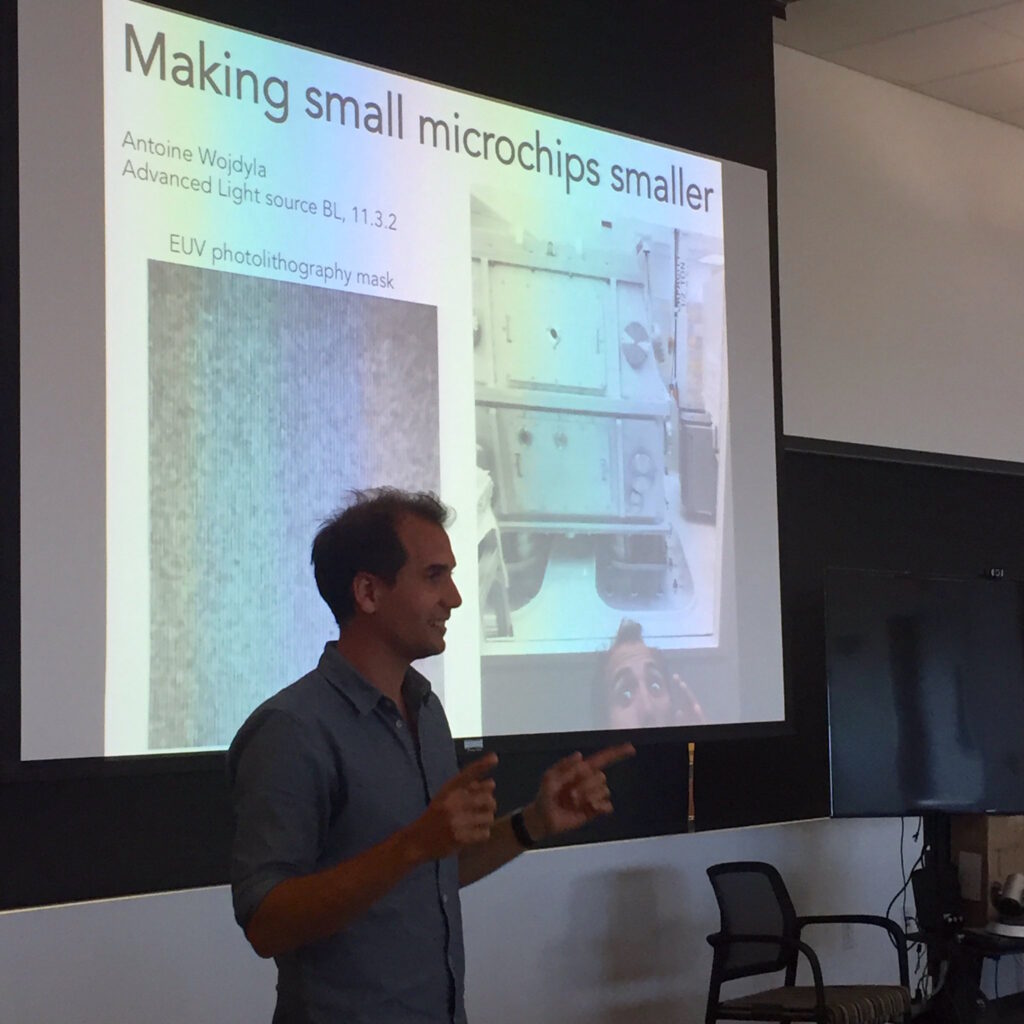 Me at the inaugural Berkeley Lab Slam (2016), talking about EUV lithography

In this story, ASML is the quiet powerhouse – they have a de facto monopoly (their stock rose 10x over the last 5 years) and they keep expanding (ASML opens new state-of-the-art R&D facility in Silicon Valley.) There’s been some hardball played here, with the US pressuring the European company not to sell their technology with China (Reuters), as if it made any sense.

Besides, I am stoked to see my former colleagues from the Center for X-Ray Optics receive recognition for their work!I hope we’ll get to develop new techniques with x-rays using diffraction-limited beams to further the advances in semiconductors and microchips – skyrmions, superconductivity, memristors, and so many other cool things!